A story to pass on…

Sethe and her daughter, Denver, live isolated lives in their community, because everyone knows that their house at no. 124 is haunted. Sethe’s two sons have already left, unable to take any more of the spiteful tricks played by the ghost. But Sethe and Denver see the ghost differently. To Sethe it is the other daughter that she lost, a child known only by the single word carved on her gravestone, “Beloved”. The ghost is angry but Sethe understands why and endlessly forgives, no matter how cruel or violent her behaviour. And to Denver, the ghost is her sister, her only companion in her loneliness. Then one day a man from Sethe’s past arrives, Paul D, who knew her when they were both slaves on Sweet Home. It seems at first that he has driven the ghost away, until some weeks later a strange young woman arrives at the house – her name, Beloved.

Despite the ghostly presence of Beloved, this is mainly a straightforward account of the horrific treatment meted out to many slaves and of the need for the characters to face their past in order to be able to create a better future in their hard-won freedom. Beloved is an obvious metaphor for slavery itself, still haunting and torturing those who have apparently escaped its chains. And the ‘message’ is that freedom is as much a state of mind as of body – that slavery’s after-effects still have Sethe in its toils, and that even the next generations, embodied in Denver and the missing sons, live their lives in its shadow.

The more coloredpeople spent their strength trying to convince them how gentle they were, how clever and loving, how human, the more they used themselves up to persuade whites of something Negroes believed could not be questioned, the deeper and more tangled the jungle grew inside. But it wasn’t the jungle blacks brought with them from the other (livable) place. It was the jungle whitefolks planted in them. And it grew. It spread. In, through and after life, it spread, until it invaded the whites who had made it. Touched them every one. Changed and altered them. Made them bloody, silly, worse than even they wanted to be. So scared were they of the jungle they had made. The screaming baboon lived under their own white skin; the red gums were their own.

The simplicity of the message does not, however, make it in any way a simple book. Morrison’s brilliant writing and imagery turn this into one of the most powerful and emotionally devastating books I have ever read. There is furious anger here, in scenes of brutal horror, cruelty and vile humiliation, but the overwhelming tone is of a sorrowful lament for humanity. And to make it bearable, just, there is also beauty, love, some kind of healing, and ultimately hope.

Sethe was born into slavery and sold to Sweet Home when she was a young girl – the only girl amongst a small group of men. Sethe had her pick of them and her choice fell on Halle. The story of Sethe’s time on Sweet Home is told in flashback, so the reader is quickly aware that some horrific series of events led to a heavily pregnant Sethe, alone, on the run, trying to make her way to the Free States. Her three children had been smuggled out before her and she is desperate to get to her youngest daughter, whom Sethe was still breast-feeding when they separated. But we also know from flashbacks to a later period, when Sethe has made it to freedom, that this is the daughter who dies in infancy.

Morrison uses the imagery of milk throughout the book, as a symbol of the bond between mother and daughter, and of the basic right of any woman to nurture her own child. Sethe herself was denied this right as a child – it was more economic for there to be one slave to feed all the children than to allow mothers to feed their own. So for her, giving her milk to her own children is a deep need, an assertion of her humanity. And in an act of extreme brutality, she is subjected to something that for her is worse than rape – the stealing of her milk, her children’s milk. It is this moment of fundamental violation that drives her to act as she does – to be willing to do anything rather than see her children, especially her daughters, raised as slaves.

Paul D’s story is just as harsh, and Morrison’s telling of it is an eloquent indictment of some of the worst practices inflicted on slaves – not just appalling physical cruelty, but a process of psychological dehumanisation that left the men stripped of the strength to rebel. And perhaps the worst aspect of it is that it is entirely believable – the basest cruelties carried out with a casual disregard – man’s inhumanity to man indeed.

They sang of bosses and masters and misses; of mules and dogs and the shamelessness of life. They sang lovingly of graveyards and sisters long gone. Of pork in the woods; meal in the pan; fish on the line; cane, rain and rocking chairs.

And they beat. The women for having known them and no more, no more; the children for having been them but never again. They killed a boss so often and so completely they had to bring him back to life to pulp him one more time. Tasting hot mealcake among pine trees, they beat it away. Singing love songs to Mr Death, they smashed his head. More than the rest, they killed the flirt who folks called Life for leading them on. Making them think the next sunrise would be worth it; that another stroke of time would do it at last.

These are the histories that Sethe and Paul D, and Beloved, must face and understand before they can have hope of true freedom. As the memories, or rememories as Sethe calls them, are told, they will have to be able to forgive each other and themselves for the things they did to survive. And Denver, the one child not born into slavery, if she is to provide hope for future generations, will have to find some way to break the chains that bind her to her mother’s history. As the book draws towards the climax, these three women, Sethe, Denver and Beloved, reveal their deepest selves in an intertwining stream of consciousness of unforgettable horror, power and dark beauty.

Even when the imagery is at its harshest, Morrison fills it with a savage poetry that lifts it to something so much more than a mere catalogue of human baseness. The sheer beauty of the writing contrasts so vividly with the ugliness of the story that it, in itself, provides a kind of promise of redemption – a proof that humanity can indeed rise from the ashes, however devastating the fire. In the end, Sethe comes to believe that Beloved’s is not a story to pass on – but it is! It is a story that must be understood if we are ever to truly understand ourselves, and ultimately isn’t that what literature is for? Tragic that such a book should ever have come to be written, heartbreaking and devastating to read, but I count it a true privilege to have been given an opportunity to hear Beloved’s story.

Yes, although it is written about a previous time in history, it certainly is addressing questions that are still resonating throughout American society today. So – achieved.

Yes, the story of slavery may be one that has been addressed before but I doubt it has ever been told so deeply and brilliantly from the viewpoint of a woman slave. So – achieved.

Not just superb, but stunning, with a sustained power and beauty I’ve rarely encountered, especially in a story of such brutality. Achieved.

You know, the straightforward answer to this would be no. It concentrates almost entirely on one aspect of the American experience, one part of the culture. But… I so want this to be my second GAN… so I would argue that to some degree the whole of American society is still suffering from the after-effects of its foundation on slavery, and is still trying, like Denver, to find a way to break those chains and become truly the country it wants to be – can be. So I’m going to say yes… and it’s my quest, so there! 😉

So, for achieving 5 stars and 5 GAN flags, I hereby declare this book not just to be a great novel and A Great American Novel, but to be my second… 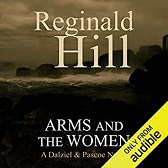