A week or two ago, I made the mistake of saying that the porpy and I intended to finish up some anthologies from previous years that have been lingering half-read before acquiring any new ones. The Laughing Gods of Bookworld couldn’t pass up that chance, could they? Seven – I’ve received seven anthologies of vintage crime and spookiness since I made that foolish statement! So despite me still powering through books at an unprecedented rate, the TBR has gone up FIVE to 176, and the porpy is demanding higher wages and regular rest breaks!

Here are a few more that should make me smile soon…

Ghosts from the Library edited by Tony Medawar

Courtesy of Collins Crime Club. I’ve loved the Bodies from the Library series of vintage crime anthologies that CCC and Tony Medawar have been doing for the last few years, so I’m super excited to see them branching out into ghost stories from the pens of some of the great mystery writers. The porpy and I can’t wait to get into this one!

The Blurb says: It is said that books are written to bring sunshine into our dull, grey lives – to show us places we want to escape to, lives we want to live, people we want to love. But there are also stories that can only be found in the deepest, darkest corners of the library. Stories about the unexplained, of lost souls, of things that go bump before the silence. Before the screaming.

And some stories just disappear. Stories printed in old newspapers, broadcast live on the wireless, sometimes not even published at all – these are the stories you cannot find on even the dustiest of library shelves.

Ghosts from the Library resurrects forgotten tales of the supernatural by some of the most acclaimed mystery authors of all time. From Arthur Conan Doyle and John Dickson Carr to Agatha Christie and Daphne du Maurier, this spine-chilling anthology brings together thirteen uncollected tales of terror, plus some additional surprises.

Close the windows. Draw the curtains. Just don’t let the lights go out…

The Colony by Audrey Magee

Courtesy of Faber & Faber via NetGalley. I’m so far behind with review copies at the moment. I’ve had this for months, picked purely on the basis of the blurb, and in the interim it’s been longlisted for the Booker, and shortlisted for the Orwell Prize for Political Fiction! Does that make it more or less likely that I’ll love it? We’ll soon see!

The Blurb says: It is the summer of 1979. An English painter travels to a small island off the west coast of Ireland. Mr. Lloyd takes the last leg by currach, though boats with engines are available and he doesn’t much like the sea. He wants the authentic experience, to be changed by this place, to let its quiet and light fill him, give him room to create. He doesn’t know that a Frenchman follows close behind. Jean-Pierre Masson has visited the island for many years, studying the language of those who make it their home. He is fiercely protective of their isolation, deems it essential to exploring his theories of language preservation and identity.

But the people who live on this rock–three miles long and half a mile wide–have their own views on what is being recorded, what is being taken, and what ought to be given in return. Over the summer, each of them–from great-grandmother Bean Uí Fhloinn to widowed Mairéad to fifteen-year-old James, who is determined to avoid the life of a fisherman–will wrestle with their values and desires. Meanwhile, all over Ireland, violence is erupting. And there is blame enough to go around.

An expertly woven portrait of character and place, a stirring investigation into yearning to find one’s way, and an unflinchingly political critique of the long, seething cost of imperialism, Audrey Magee’s The Colony is a novel that transports, that celebrates beauty and connection, and that reckons with the inevitable ruptures of independence.

Courtesy of HarperCollins. Sometimes HC send me books that look great (see Ghosts from the Library above). Other times they send me ones that don’t sound like my kind of thing at all! The odd thing is that sometimes the great-looking ones turn out to be not-so-great, and occasionally the not-my-kind-of-thing ones turn out to be fun, so I’m always willing to at least try them. This is a not-my-kind-of-thing one…

(Unfortunately I’m not going to be able to read this without picturing the prominent Labour politician Rachel Reeves in the starring role. Does the author not know about her? The editor?? The publisher???)

The Blurb says: A FATAL attraction…
Rachel Reeves has it all. The perfect family, a rich husband, and a gorgeous home. But when her only child flies the nest, Rachel feels lost – and succumbs to a mind-blowing one-night stand.

With a DEADLY twist…
Instantly regretting her infidelity, Rachel cuts ties with Chris. But he won’t let her go that easily. She erases him from her life – until a text changes everything.

And an UNFORGETTABLE end…
Someone knows what she did.
And they’re ready to destroy her entire life because of it.

Courtesy of Severn House via NetGalley. Another one that might turn out to be not-my-kind-of-thing, although this time I chose it for myself on the grounds that it sounds like it could be fun! I don’t know the author at all but she seems to have a solid fan base and high ratings. This is the 6th book in a series.

The Blurb says: When Cold Case Detective Lauren Riley’s partner, Shane Reese, runs into an old friend, he’s invited to a school reunion at a new luxury spa and resort. Lauren’s also invited and it sounds like a perfect weekend getaway, except it brings up painful memories for Reese – like the unsolved murder of his high school friend Jessica Toakese seventeen years earlier.

The prime suspects will be at the reunion. Among those suspects is Reese, who has kept his involvement a secret from Lauren and the entire police force. As the friends reminisce an intense snowstorm traps them inside and tensions rise. After a heated confrontation, one of the party is brutally murdered and Lauren believes it’s connected to Jessica’s death.

But who could the murderer be: the jealous husband; the regretful trophy wife; the abused failed actor; the true crime podcast host; the drunken louse; the insecure millionaire; the desperate spa owner . . . or the Cold Case detective? 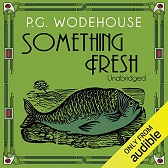