I nearly had another drop in the TBR this week, but a couple of late NetGalley approvals shoved it back up – staying steady on 182…

Here are a few more I’ll be reading soon…

The porpy and I will be settling down to enjoy our last anthology for this spooky season with some appropriately festive fare. Between all the Christmas murders and Christmas ghouls it’s quite understandable why we all feel a need for copious amounts of sherry and cake at this time of year…

The Blurb says: The gifts are unwrapped, the feast has been consumed and the fire is well fed – but the ghosts are still hungry. Welcome to the second new collection of dark Christmas stories in the Tales of the Weird series, ushering in a fresh host of nightmarish phantoms and otherworldly intruders bent on joining or ruining the most wonderful time of the year. Featuring classic tales alongside rare pieces from the sleeping periodicals and literary magazines of the Library collection, it’s time to open the door and let the real festivities begin.

Trying desperately to get to the end of my first Classics Club list so I can get started on my new, shiny, second list! When I made my first list I didn’t know John Dickson Carr at all, but in the five years since he has become a firm favourite, so I’m looking forward to this one!

The Blurb says: The murderer of Dr Grimaud walked through a locked door, shot his victim, and vanished. He killed his second victim in the middle of an empty street, with watchers at each end, yet nobody saw him, and he left no footprint in the snow. It is left to the gargantuan Dr Fell, with his rumbling laugh and his bandit’s moustache, to solve this most famous and taxing of locked-room mysteries.

The Drowned World by JG Ballard

And another from my first Classics Club list – the last of the science fiction section. To the best of my recollection, I’ve read nothing by Ballard before, not even a short story, so this is a leap in the dark, based purely on the book often appearing on “best of” lists…

The Blurb says: When London is lost beneath the rising tides, unconscious desires rush to the surface in this apocalyptic tale from the author of ‘Crash’ and ‘Cocaine Nights’.

Fluctuations in solar radiation have melted the ice caps, sending the planet into a new Triassic Age of unendurable heat. London is a swamp; lush tropical vegetation grows up the walls of the Ritz and primeval reptiles are sighted, swimming through the newly-formed lagoons.

Some flee the capital; others remain to pursue reckless schemes, either in the name of science or profit. While the submerged streets of London are drained in search of treasure, Dr Robert Kerans – part of a group of intrepid scientists – comes to accept this submarine city and finds himself strangely resistant to the idea of saving it.

First published in 1962, Ballard’s mesmerising and ferociously imaginative novel gained him widespread critical acclaim and established his reputation as one of Britain’s finest writers of science fiction. 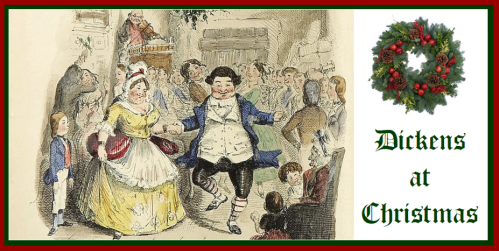 Dombey and Son by Charles Dickens

Yes, it’s time for my usual festive immersion in the works of the greatest writer of all time. This year I’m revisiting Dombey and Son, and as well as having the Oxford World’s Classics edition complete with notes, I have an Audible version read in the gorgeous voice of Owen Teale, so when I say immersion, I mean immersion! This is the first book from my second Classics Club list – I’m having a classical time this week!

The Blurb says: ‘There’s no writing against such power as this – one has no chance’ William Makepeace Thackeray

A compelling depiction of a man imprisoned by his own pride, Dombey and Son explores the devastating effects of emotional deprivation on a dysfunctional family. Paul Dombey runs his household as he runs his business: coldly, calculatingly and commercially. The only person he cares for is his little son, while his motherless daughter Florence is merely a ‘base coin that couldn’t be invested’. As Dombey’s callousness extends to others, he sows the seeds of his own destruction. 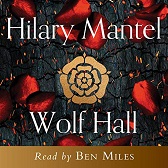