(A reminder of The People’s Choice plan. Once a month, I shall list the four oldest books on the TBR, then the next four, and so on, and each time you will select the one you think I should read, either because you’ve read and enjoyed it, or because you think the blurb looks good. And I will read the one you pick within three months! If I begin to fall behind, I’ll have a gap till I catch up again. In the event of a tie, I’ll have the casting vote.)

OK, People, time for the next batch of four, three fiction and one crime this time, and this will be the last batch from 2016. Having missed the last couple of months, this won’t be the usual three months ahead pick – the winner will be an October read, if I can fit it in! The Secret River is one I’ve heard lots of good things about from various people, but it was Rose’s review that pushed it onto my TBR. I bought The Sea because I had enjoyed Banville’s later The Blue Guitar so much. And similarIy, I got No Country for Old Men because I had enjoyed McCarthy’s The Road (plus I loved the film of No Country). Blackout was acquired when I was going through a Nordic crime phase, and had enjoyed several of Jonasson’s other books. All of these sound great to me and I still want to read them all, so you really can’t go wrong…

I’m intrigued to see which one you pick…

The Secret River by Kate Grenville

The Blurb says: The Orange Prize-winning author Kate Grenville recalls her family’s history in an astounding novel about the pioneers of New South Wales. Already a best seller in Australia, The Secret River is the story of Grenville’s ancestors, who wrested a new life from the alien terrain of Australia and its native people. London, 1806. William Thornhill, a Thames bargeman, is deported to the New South Wales colony in what would become Australia. In this new world of convicts and charlatans, Thornhill tries to pull his family into a position of power and comfort. When he rounds a bend in the Hawkesbury River and sees a gentle slope of land, he becomes determined to make the place his own. But, as uninhabited as the island appears, Australia is full of native people, and they do not take kindly to Thornhill’s theft of their home.

The Secret River is the tale of Thornhill’s deep love for his small corner of the new world, and his slow realization that if he wants to settle there, he must ally himself with the most despicable of the white settlers, and to keep his family safe, he must permit terrifying cruelty to come to innocent people.

The Sea by John Banville

The Blurb says: In this luminous novel about love, loss, and the unpredictable power of memory, John Banville introduces us to Max Morden, a middle-aged Irishman who has gone back to the seaside town where he spent his summer holidays as a child to cope with the recent loss of his wife. It is also a return to the place where he met the Graces, the well-heeled family with whom he experienced the strange suddenness of both love and death for the first time. What Max comes to understand about the past, and about its indelible effects on him, is at the centre of this elegiac, gorgeously written novel among the finest we have had from this masterful writer.

No Country for Old Men by Cormac McCarthy

The Blurb says: In his blistering new novel, Cormac McCarthy returns to the Texas-Mexico border, the setting of his famed Border Trilogy. The time is our own, when rustlers have given way to drug-runners and small towns have become free-fire zones.

One day, Llewellyn Moss finds a pickup truck surrounded by a bodyguard of dead men. A load of heroin and two million dollars in cash are still in the back. When Moss takes the money, he sets off a chain reaction of catastrophic violence that not even the law – in the person of ageing, disillusioned Sheriff Bell – can contain.

As Moss tries to evade his pursuers – in particular a mysterious mastermind who flips coins for human lives – McCarthy simultaneously strips down the American crime novel and broadens its concerns to encompass themes as ancient as the Bible and as bloodily contemporary as this morning’s headlines. No Country for Old Men is a triumph.

The Blurb says: On the shores of a tranquil fjord in Northern Iceland, a man is brutally beaten to death on a bright summer’s night. As the 24-hour light of the arctic summer is transformed into darkness by an ash cloud from a recent volcanic eruption, a young reporter leaves Reykajvik to investigate on her own, unaware that an innocent person’s life hangs in the balance. Ari Thór Arason and his colleagues on the tiny police force in Siglufjörður struggle with an increasingly perplexing case, while their own serious personal problems push them to the limit. What secrets does the dead man harbour, and what is the young reporter hiding? As silent, unspoken horrors from the past threaten them all, and the darkness deepens, it’s a race against time to find the killer before someone else dies …

Dark, terrifying and complex, Blackout is an exceptional, atmospheric thriller from one of Iceland’s finest crime writers. 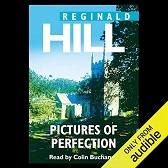