War and peace, and cattle… 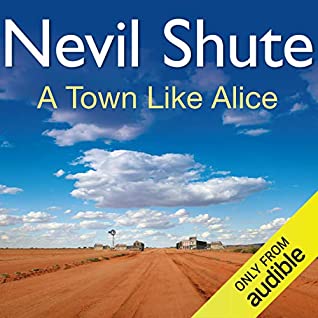 When solicitor Noel Strachan makes a will for an elderly client, it seems straightforward – the client’s nephew will inherit all his money. But the war intervenes and, like so many young men, the nephew dies. So when the client also dies a couple of years after the war, the money goes to his niece, Jean Paget, but with a clause that makes Strachan her trustee until she is thirty-five. This brings the two together, and elderly Strachan develops a sentimental attachment to young Jean. Over the next few years, they write long letters to each other, and it’s from these that Strachan is now telling us Jean’s story.

When the war broke out, Jean was working as a typist in colonial Malaya and, along with a group of other English people, was taken prisoner by the Japanese. The men were promptly sent to a prisoner of war camp. The women and children were not so lucky. Marched for hundreds of miles around Malaya while the Japanese tried to find somewhere to leave them, illness and exhaustion was too much for some of them. The hardier ones eventually found themselves a kind of refuge in a small village where they waited out the war. Now that Jean has come into some money, she wants to pay the villagers back for their kindness, and so starts her new journey, first to Malaya and then all the way to Willstown, an old mining town in the outback of Australia, where she finds a new challenge on which to turn her resourceful nature.

What a great storyteller Shute is! His style is oddly plain – no great poetic flourishes or literary tricks. But he brings a whole range of characters to life: the rather lonely widower Strachan, the women and their captors in Malaya, the people in the Australian outback and, of course, Jean herself. He doesn’t fill the pages with descriptions of their emotional inner life – he simply tells the often horrific story of the women’s march and leaves the reader to do the work with her own imagination. It’s far more effective than if every emotional twinge was handed to the reader on a plate. It leaves space for each reader to imagine how she would have coped – would she have survived?

For me, the Malayan section is quite a bit stronger than the Australian section, because of the sense of danger and uncertainty and the picture of the cruelty so many prisoners suffered at the hands of the Japanese. The Australian section has a more domestic feel – not a bad thing, simply less to my taste. However, we are given a great depiction of the primitive style of life in these isolated towns at that time, cut off from their neighbours by the huge distances of Australia, so unfamiliar to those of us on this crowded little island of Great Britain. Jean finds that girls don’t stay in Willstown – there’s no work for them and no form of entertainment. They’re not even allowed to go into the one bar in town – strictly men only. So they leave for the cities as soon as they’re old enough, and that makes it hard to keep single men on the cattle ranches too. Jean decides that somehow she must make Willstown into a town like Alice Springs, with enough opportunities for work and fun to keep young people around.

I’ll be honest – at this stage I began to find Jean intensely irritating. She seems to be the only one in town who ever has an idea, or is capable of making a plan. Everyone else, men and women alike, mostly stand around either doubting her or gasping in amazement at her ingenuity. But fortunately there had been enough before that stage to prevent this section from dragging the book too far down, and I liked the other characters, especially Strachan. Don’t get me wrong – I liked Jean too, I just wanted to roll my eyes at her every now and again when she came up with a new cunning plan. But I loved learning all about the cattle ranching, and the way the isolated homesteads kept in touch by radio, and the sense of community that exists even across the huge distances between the ranches, with neighbours pitching in to help out in a crisis.

I was considerably less tickled by the constant racism that infests the book, both in Malaya and Australia, and the fact that Shute clearly held these attitudes himself. But it was standard for the time, so I was able to overlook it for the most part. I could imagine it might be harder to overlook if you were an Australian Aboriginal person being forced to read this in school, though – I wondered if it’s on the curriculum. I also wondered if Australians were OK with the idea that a young woman from England needed to solve all the problems they were clearly incapable of solving for themselves. But then I told myself to shut up and stop over-analysing, and just enjoy the story, which I did!

Robin Bailey’s narration is great. He has the perfect accent for Strachan – that very proper English post-war voice that we’re all so used to from films of the era. But he also does what sounds to me like a very good Australian accent, and he reads the book as if he’s totally involved in Jean’s story himself, just like Strachan is.

Rose recommended this one to me after I’d enjoyed On the Beach, and I’m very glad she did. An excellent read or listen, and I’m looking forward to exploring more of Shute’s work – I think I can now count myself as a fan!

64 thoughts on “A Town Like Alice by Nevil Shute”