In the middle of the biggest reading slump of my life, it would be sheer folly to take part in Cathy’s 20 Books of Summer challenge, wouldn’t it? I’m determined not to do it. I’ve told Cathy I’m not doing it. I’m not doing it, OK? 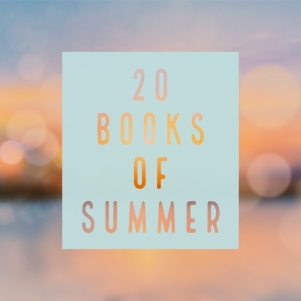 But… if I was going to do it… which I’m not… then it would probably make sense to pick 20 short books. And it wouldn’t do any harm or commit me to anything (other than, perhaps, an asylum) to look and see what the twenty shortest books on my TBR are, would it? It wouldn’t mean I’d have to do it, and probably they’d all sound awful and that would bolster my determination not to do it…

Oh, dear, oh dear! They don’t look awful at all! They look great! Much more fun than all the heavyweight tomes on my existing reading list! And if I did do it, which I’m NOT going to, that would be…

1 for my Around the World challenge

3 for the Murder, Mystery, Mayhem challenge

5 review books, including a couple of long overdue ones

15 that have been on my TBR since before this year

…and it would help me catch up with this year’s Goodreads challenge, on which I’ve fallen woefully behind. It’s almost a pity that I’m so determined NOT to do it.

Maybe it wouldn’t do any harm to try… 😉