To thine own self be true…

When Sergeant Wield visits the mother of murder victim Brenda Sorby, he finds that Mrs Sorby has called in gypsy clairvoyant Rosetta Stanhope to try to contact her dead daughter. Politely, Wield listens in, but when the local press get hold of the story it is blown up as the police having called in a psychic because they’re baffled, and Superintendent Dalziel is not pleased! The press have a point, though – Brenda is the third apparent victim of the murderer the press have dubbed the Choker and the police are indeed baffled. There seems no obvious connection between the victims, and while the first two were carefully laid out by the murderer, poor Brenda was found dumped in the local canal. However, all three women were strangled, and after each murder the local paper received an anonymous phonecall quoting a line from Hamlet. Then, as Dalziel, Pascoe and Wield search for leads, a fourth murder takes place…

The thing I love about this series is how it evolves over time, both in terms of the recurring characters, and in the quality of the plotting. This one dates from 1980, a full decade after the first book and a decade that saw the beginning of lots of changes in social attitudes. Hill could have simply changed the characters of his two leads as many writers tried to do with varying degrees of success. But instead he allows them to grow and adapt. At this point, Dalziel remains the rude, boorish, foul-mouthed dinosaur, but Pascoe, now married to the feminist Ellie, has matured into a semi-decent bloke, who might still expect his dinner to be on the table when he gets home but isn’t too put out when it’s left for him in the oven instead, while Ellie is off out with her feminist friends. For the early ‘80s, this almost counted as being a New Man! Even Dalziel will gradually reveal that most of his boorishness is an act and that he might be even more advanced than Pascoe in his heart. Dalziel doesn’t care if his officers are male or female, gay or straight, white or black – he’s equally rude and offensive to them all, but they can count on his total support should anyone else try to mess with them.

Having brought Ellie in a few books earlier to counterbalance the sexism and boost the feminist angle, in this one Hill brings Wieldy to the fore. I can’t say definitively that Wield is the first sympathetic depiction of a gay policeman in mainstream British crime fiction, but he’s certainly the first I came across and it was pretty astounding at the time. Especially since the portrayal of him is so good – not in any way stereotyped, not suggesting that being gay makes him weak or feminine or “perverted” or any of the other negative characteristics that fictional gay people were so often given at that period. Wield is a normal guy who happens to be gay. For younger people used to that kind of portrayal of gay people, it’s hard to explain how revolutionary it seemed back in the day. And the joy is that Wieldy is so easy to like! Again, I have no evidence that Wield changed perceptions of homosexuality in Hill’s readership but I’d be amazed if he didn’t. He’s one example of the way Hill constantly pushed at the boundaries, but subtly and with warmth and humour, rather than beating the reader over the head with polemics and “messages”.

The plot in this one is excellent – probably the first in the series where I felt Hill got it completely right. It’s complex and convincing, and dark. While it involves the murder of young women, it avoids the salaciousness and voyeurism that often accompanies that, and the killer’s motivation is original. I’m desperately trying to avoid anything which could be a spoiler, so I’ll simply say that the motivation aspect gives the book the psychological depth that became a trademark of Hill’s work as the series developed. That’s what makes Dalziel and Pascoe such a good team – Dalziel knows how to bully evidence out of the unwilling, but Pascoe knows how to use empathy and understanding to tease out the reason for the crimes.

When I first read this series, it was around this book that I first joined in and I must say I’d recommend it as a good starting point to people coming to the series fresh. While all the books are readable, there’s no doubt the very early ones feel a little dated now, and not as polished, whereas this one stands up very well to modern eyes, I think. I found that I was more forgiving of the sexism in the earlier ones when I backtracked to them after learning to love the characters once they had become more developed, and from this point on the series just gets better and better. There are twenty-four of them in total, so if you haven’t already read them, you really ought to make a start soon – they get my highest recommendation! 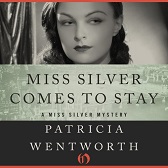