A round of applause…

…for this year’s nominees and winners of the annual FictionFan Awards of 2019.

For the benefit of new readers, here’s a quick résumé of the rules…

All nominees must be books I’ve read and reviewed between November 2018 and October 2019 regardless of publication date, but excluding re-reads. The books must have received a 5-star rating.

I’ve read fewer factual books than usual this year. I felt I needed a bit of a break from heavyweight history books, so instead I’ve been reading quite a lot of true crime and books on lighter subjects, and have thoroughly enjoyed most of them, giving nine books the full five stars. So yet again the decision has not been easy…

Starting roughly 100 million years ago, Flannery sets out to tell the story of Europe – how it formed, the species that have lived, survived or become extinct in it, the rise of humanity, and the possible future impacts of our current galloping climate change. Along the way, he tells us of the many men and women who have contributed to uncovering this history or who have in some way affected it.

There’s so much in this fascinating book that it’s hard to know how to summarise it in a few hundred words. It gives a panoramic view, bringing together and linking all the bits of natural history that are often covered separately, such as the formation of the continent, or current rewilding projects, or the origins of humanity. It’s surprisingly compact, considering its huge scope, and yet never feels superficial or rushed. And Flannery is a master of the art of converting scientific information into language easily understandable by the non-scientist. 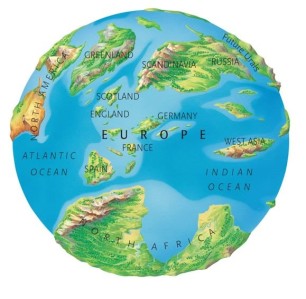 The Hour of Peril by Daniel Stashower

Abraham Lincoln has won the Presidential election and now, in early 1861, is about to undertake the journey from his home in Springfield, Illinois, to Washington for his inauguration. But these are troubled times, and the journey is complicated because of all of the different railroad companies that own parts of the route. One of the company owners hears of a plot to destroy his railroad to prevent Lincoln making it to Washington, and so he calls in the already famous private detective, Allan Pinkerton. But when Pinkerton starts to investigate, he becomes convinced that there is a deeper plot in the planning – to assassinate Lincoln before he is inaugurated. This book tells the story of Lincoln’s journey, the plot against him, and Pinkerton’s attempt to ensure his safe arrival in Washington.

It’s written very much in the style of a true crime book, although it has aspects that fall as much into the category of history. Stashower focuses on three main aspects: a biographical look at Pinkerton and the development of his detective agency; the rising tensions in the still-new nation that would soon break out into full scale civil war; and Lincoln’s journey, and the plot against him. Well written, interesting and informative – thoroughly enjoyable!

The author set out to visit seven of the major rock lighthouses that stand as warnings to shipping around Britain’s shore, sometimes getting permission to land and see the interiors, other times examining them from the outside. Along the way, he tells us tales of their construction and history, of the men who built, lived in and maintained them over the years, and of the many shipwrecks they have doubtless averted and of some they didn’t. Nancollas also fills in the historical background, lightly but with enough depth to give a feel for what was going on in Britain and the western world at each point. He talks of Britain’s growing status as a maritime trading nation and tells tales of the shipwrecks and disasters that gave an urgency to finding some reliable way of guiding ships safely through the rocky hazards around the coast.

His style is non-academic, sometimes lyrical, always enthusiastic, and I found myself coming to share his fascination for these incredible feats of engineering and his admiration for those who built and worked on them. A fascinating subject, brought wonderfully to life.

American Heiress: The Kidnapping, Crimes and Trial of Patty Hearst by Jeffrey Toobin

When Patty Hearst was kidnapped by the Symbionese Liberation Army (SLA) back in 1974, it was such a huge story that it made headlines for months not only in the US but here in the UK too. Was she a victim or a terrorist? Willing or brainwashed? Heroine or villain? In this book, Jeffrey Toobin sets out to tell the story of the kidnapping and its aftermath, and to answer some of those questions. To do this, he also has to analyse the political and social forces of the time, and the counterculture which, in America, had grown out of the Civil Rights movement and the Vietnam protests.

The whole thing is well written and excellently told, as informative about the wider society of the time as it is about the philosophy and actions of the SLA and the counterculture. While I found it hard to have much sympathy for the spoilt little rich kid Hearst, Toobin maintains considerably more balance in his summing up, and the final section describes the legal consequences for Hearst and her surviving comrades, showing quite clearly that, when it comes to justice, money talks. A great read.

In June, 1977, a man walked into a funeral home in Alabama during a service, accused one of the mourners, Reverend Willie Maxwell, of murder and shot him dead. When the shooter, Robert Burns, was subsequently tried for the murder of Maxwell, everyone wanted a seat in court. Harper Lee got one. Years after helping Truman Capote with the research that lay behind his best-selling In Cold Blood, Lee had decided to write her own true-crime book, and the Maxwell case promised to provide plenty of material. In this book, Cep tells both stories: of Maxwell, the crimes of which he was suspected, his own murder and the trial of his killer; and of Harper Lee and her failed attempt to turn the Maxwell story into a book.

The section on the Maxwell case is very good true-crime writing in its own right, but what makes this one stand out from the crowd is the association with Harper Lee. The whole section on the writing of In Cold Blood and what eventually became To Kill a Mockingbird is excellent, succinct and insightful. It’s not so much a literary analysis as an examination of the two authors’ creative processes, casting a lot of light on their personalities; all of which would be sure to make this book appeal to admirers of either of those works as well as anyone interested in true crime for its own sake.

While any of these books would have been a worthy winner, this one stood out because I had recently read To Kill a Mockingbird and In Cold Blood, and then this inspired me to read Go Set a Watchman at last. Reading all four close together made it a truly immersive experience, with each enhancing the others.