What a glorious feeling…

The story of how two generations of an extended family live their lives in misery and strife, and then die, usually horribly.

By the time Cyrus was released from the hospital and the army, his gonorrhoea was dried up. When he got home to Connecticut there remained only enough of it for his wife.

I give up. In The Grapes of Wrath at least there was some glorious writing amid the misery, but here the writing ranges from mediocre to poor, with some of the most unrealistic dialogue I’ve ever read. The Chinaman who manages to convey all the worst stereotyping while supposedly showing how silly the stereotyping is. The ranchers who sit around discussing the meaning of the Bible, including varying translations of the original Hebrew. The spell-it-out-in-case-you-miss-it religious symbolism laid on with a trowel. The women who are all victims or whores or both. The casual racism. And the misery. The misery. Oh, woe is me, the misery!

First there were Indians, an inferior breed without energy, inventiveness, or culture, a people that lived on grubs and grasshoppers and shellfish, too lazy to hunt or fish. They ate what they could pick up and planted nothing. They pounded bitter acorns for flour. Even their warfare was a weary pantomime.

Looking at my notes for my first reading session of about fifty pages, I see that one man lost his leg in war, one wife died of suicide after contracting gonorrhoea from her adulterous husband, wife #2 is dying of consumption, one brother beat another to a pulp, and a father has gone off after his son with a shotgun. Admittedly no one could say nothing ever happens, but it’s hardly a barrel of laughs. At this point I was wondering if the rise in use of anti-depressants could be dated to the time when Steinbeck was included on the curricula of schools and colleges.

“Lee,” he said at last, “I mean no disrespect, but I’ve never been able to figure why you people still talk pidgin when an illiterate baboon from the black bogs of Ireland, with a head full of Gaelic and a tongue like a potato, learns to talk a poor grade of English in ten years.”
Lee grinned. “Me talkee Chinese talk,” he said.

Then there’s the evil woman – you know, the one who destroys good men by tempting them with her nasty womanly sex stuff. Not that I’d call Steinbeck a misogynist, exactly – he really hates all of humanity. But his hatred of men is pretty much all to do with violence and greed while with his women it’s all to do with sex and with their little habit of causing the downfall of men. Not that the women enjoy any of it – by my reckoning at least three of them killed themselves, a couple contracted sexually transmitted diseases, several were beaten up by various men and the solitary “happy” one had a stream of children and spent her entire life in drudgery, cooking and cleaning and then watching her children go off and make a miserable mess of their lives.

The boys exchanged uneasy glances. It was their first experience with the inexorable logic of women, which is overwhelming even, or perhaps especially, when it is wrong. This was new to them, exciting and frightening.

I do feel sorry for Steinbeck – I assume he must have had a rotten life. But I’ve decided to stop allowing him to strangle my hard won joie de vivre while emptying my half-full glass. I finished this one, and sadly feel that it wasn’t worth the effort – and boy, was it an effort! Into each life some rain must fall, for sure, but Steinbeck is a deluge. I’m putting up my umbrella, and writing Steinbeck off my TBR permanently. And I feel happier already…

There is great safety for a shy man with a whore. Having been paid for, and in advance, she has become a commodity, and a shy man can be gay with her and even brutal to her. Also, there is none of the horror of the possible turndown which shrivels the guts of timid men.

53 thoughts on “East of Eden by John Steinbeck” 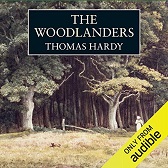