From the review of the book by John Ball:

When night patrolman Sam Wood finds a dead man in the street, it’s quickly apparent the man has been murdered. The new police chief, Bill Gillespie, orders Sam to check around for anyone who looks like he might be trying to leave town. When Sam comes across a black man sitting quietly in the Colored waiting room of the train station and discovers he has a sizeable amount of cash in his wallet, it seems the case is closed. Until the black man reveals his identity to Gillespie – Virgil Tibbs, a homicide investigator with the Pasadena police, who’s passing through Wells on his way back north after visiting his mother…

You can read the full book review by clicking here…

I’d seen the film more than once before but quite long ago, so only remembered the main points of the plot while I was reading the book, and they seemed very similar. However, on rewatching the film, there are actually lots of differences, some minor and frankly inexplicable to me, while others add together to make a pretty major change to the tone.

The name of the town has changed from Wells to Sparta and we seem to have moved from South Carolina to Mississippi. As an ignorant Brit, I have no idea if there is some significance in this change of venue that may explain, or be caused by, the change in emphasis over the questions of race between the book and the film. Even more baffling to me is that in the book Virgil Tibbs works in the police department in Pasadena in California, while in the film he works in Philadelphia in Pennsylvania. None of these things matter to the story nor seem to make the slightest difference but perhaps there’s some subtlety I’m missing.

A bigger and more significant change is in the name and character of the victim, but here it’s easier to guess why Jewison did it. In the book, the victim is Enrico Mantoli, a famous musical maestro who is in the middle of organising a music festival which it is hoped will bring much need employment and generate income for the town. There’s no real race element to the Mantoli part of the plot – the racial tension is mostly about the personalities of Tibbs, Chief Gillespie and Officer Wood, and over the question of a black man working with the police. It seems to me that Jewison wanted to add a more overtly political race element to the story, and so in the film the victim is a man called Colbert, who was about to open a factory in the town which would have provided well-paying jobs, many of them for the black townspeople. Jewison has changed another character, Endicott, who in the book was a fairly liberal-minded secondary character, into a racist plantation owner who was violently against Colbert’s plans, as his factory would have attracted away the cheap black labour Endicott still used to pick his cotton just as they had in the days of slavery.

Although the book came out in 1965 and the film just two years later, there’s a feeling of the time gap being much longer. The book doesn’t specify a date but feels to me like it’s maybe the late ‘50s. Segregation was still legally happening, so that Tibbs had to use “Colored” waiting rooms and rest rooms, and quite clearly had no choice but to accept much of the racism that came his way. The film feels set firmly in its own time – official segregation has gone, and black people have rights, in theory at least. The bluesy score by Quincy Jones, the title track by Ray Charles and the title graphics all place the film squarely in the late ‘60s.

Gillespie is the least changed character, although Rod Steiger’s great performance makes him rather more likeable and certainly more humorous than his book persona. Poor Wood (Warren Oates) has been downgraded from a complex, evolving character in the book to little more than a comic turn in the film, and his big romance has been completely cut. It works in the film, but he’s a much more interesting character in the book.

But the biggest change of all is in the personality of Virgil Tibbs (Sidney Poitier). In the book, he is outwardly calm and placid, accepting whatever slights and humiliations come his way as just the way things are. He has inward strength and a kind of passive resistance but he doesn’t overtly challenge either the rules or the rulers of this society, preferring to get the job done and then get on a train out of there. In the film, he takes no nonsense, frequently getting angry, giving as good as he gets verbally and even physically. Again he makes it feel as if there’s been a real shift in time and attitude between book and film. 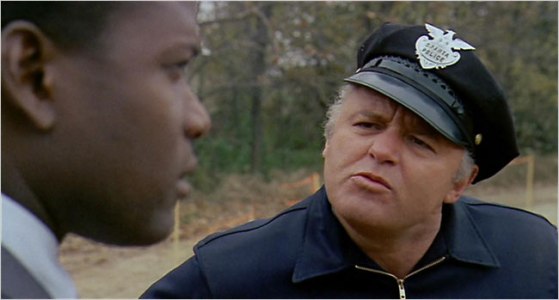 The book is a great book and the film is a great film – if you haven’t already, it’s well worth reading one and watching the other. The book seems to me to say more about the human, individual reaction to race and racism, while the film is weighted slightly more, perhaps, towards societal and political questions, aggressively pro-Civil Rights with one scene that shocked the world at the time, when Tibbs slaps the racist Endicott. Overall, though, the film is lighter in tone with a lot of humour, and the great central performances make it highly entertaining. The book, for me, is more thought-provoking and, although Tibbs is still the central character, goes far more deeply into the attitudes and circumstances that lead the white people to behave as they do, including an insightful look at the question, still largely unaddressed, of how ignoring white poverty stokes the fires of racism.

So not an easy decision this time but, while both get the full five stars and my wholehearted recommendation, by a small margin…

43 thoughts on “Film of the Book: In the Heat of the Night” 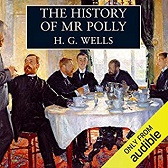