Eustace K Mildmann is the unlikely founder of a new religion based on Egyptian gods, new age mysticism, vegetarianism, short trousers and general silliness. Even more unlikely is that this religion – The Children of Osiris, or Cooism – has attracted thousands of followers, including some of the wealthier residents of Welworth Garden City. Now, however, Eustace’s position as Head Prophet is in danger, with the rise of the charismatic fez-wearing Peta Penpeti, who may (or may not) be the reincarnation of an Egyptian priest. Penpeti has the advantage of appearing exotically foreign, which appeals greatly to the female members of the cult. Poor Eustace risks losing not only control of the cult but also the woman he worships to this usurper. Factions abound, secrets are hidden, rivalries fester. And when the whole cult is invited to take part in a festival in the grounds of its wealthiest benefactress, Mrs Alicia Hagge-Smith, all this simmering passion leads to murder…

The first half concentrates on describing the cult and its various adherents, and is mildly amusing. But although it goes on for a long time – too long – I never got any real feel either for what the religion was offering its followers, nor why so many people were attracted to it. It seemed to need a heftier suspension of disbelief than I could summon up. The second half becomes more serious after the murder is committed and Bude’s recurring detective, Inspector Meredith, is called in to investigate. The reader is privy to hints about the backgrounds of various characters so to some extent is ahead of the police. The actual murder method is nicely contrived and provides more of a mystery perhaps than the simple question of whodunit.

John Bude is apparently one of the most popular of the “forgotten” authors the British Library has resurrected, but for some reason I never find myself loving his books. They are well written, and this one in particular has a lot of humour around the quack religion and the various eccentric characters who are drawn towards it. But I think it’s that very eccentricity that stopped me from feeling involved – these are characters to laugh at, not to care about. And while I can enjoy a supporting cast of quirky characters, I prefer the central characters to have a greater feeling of realism. Unfortunately, I also find Inspector Meredith a rather bland detective – this is the third book I’ve read in this series and I would find it difficult to give any kind of character sketch of him.

Not one that stood out for me then – in fact, I’ll admit to skim-reading most of the second half because I had pretty much lost interest in the outcome by then. But, since other people clearly enjoy his style more than I, I accept my reaction is clearly subjective. If you like your crime fiction to be laced with humour and especially if you’ve appreciated Bude’s other books, then I expect you would enjoy this one too. Personally, I’ve preferred him when he’s been in more serious mode, but I don’t think I’m ever going to become a die-hard fan.

NB This book was provided for review by the publisher, Poisoned Pen Press.

24 thoughts on “Death Makes a Prophet by John Bude” 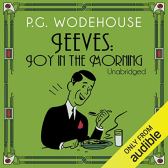