Miss Brodie is a teacher at the Marcia Blaine School for Girls in the years between the wars. As she repeatedly tells anyone who will listen, she is in her prime. The people she confides in most are a group of girls who were once in her class and whom she singled out as her girls – the Brodie set. Under cover of teaching them history, she instead tells them the story of her lost love, Hugh, who died in the First World War, and of the joys of being a woman in her prime. She would never marry, she declares, since she is too devoted to her girls. But that doesn’t mean she has to live the life of a nun…

The book gets off to an excellent start, introducing us first to the girls in the Brodie set. Spark plays around with time, taking us back to the girls’ first introduction to Miss Brodie as ten-year-olds, and then forwards to what feels like the present of the book, in the late ’30s when the girls are almost grown-up; and then forward again, often telling us the girls’ future as a way of shedding light on their personalities in the now. The time-shifting is cleverly done – the whole book sparkles with intelligence, in fact – giving layers of depth to what fundamentally is a rather slight little story of one of the many “surplus” women left single after the huge loss of young men in WW1.

Six years previously, Miss Brodie had led her new class into the garden for a history lesson underneath the big elm. On the way through the school corridors they passed the headmistress’s study. The door was wide open, the room was empty.
“Little girls,” said Miss Brodie, “come and observe this.”
They clustered round the open door while she pointed to a large poster pinned with drawing-pins on the opposite wall within the room. It depicted a man’s big face. Underneath were the words “Safety First.”
“This is Stanley Baldwin who got in as Prime Minister and got out again ere long,” said Miss Brodie. “Miss Mackay retains him on the wall because she believes in the slogan ‘Safety First.’ But Safety does not come first. Goodness, Truth and Beauty come first. Follow me.”

Although the story may be slight, the characterisation of Miss Brodie is anything but – she is wonderfully realised as an unconventional woman battling against the rigid restrictions of prim and proper Edinburgh society, yearning for art and beauty in her life, longing for love, desperately needing the adulation both of men and of her girls. Her beauty and exotic behaviour bring her admiration from more than one man and lead her into the realms of scandal, endangering her necessary respectability and her career. But perhaps Miss Brodie’s real misfortune is that in the end she isn’t quite unconventional enough.

The writing is excellent, full of barbed humour but with dark undercurrents of repressed sexuality and warped morality. Spark skewers this Edinburgh society with its fixation on class, its soul-destroying respectability, still suffering from the blight of Calvin’s and Knox’s self-righteous, unforgiving Protestantism, obsessed by immorality and sin.

In fact, it was the religion of Calvin of which Sandy felt deprived, or rather a specified recognition of it. She desired this birthright; something definite to reject. It pervaded the place in proportion as it was unacknowledged. In some ways the most real and rooted people whom Sandy knew were Miss Gaunt and the Kerr sisters who made no evasions about their belief that God had planned for practically everybody before they were born a nasty surprise when they died. Later, when Sandy read John Calvin, she found that although popular conceptions of Calvinism were sometimes mistaken, in this particular there was no mistake, indeed it was but a mild understanding of the case, he having made it God’s pleasure to implant in certain people an erroneous sense of joy and salvation, so that their surprise at the end might be the nastier.

It would have been easy for Spark to make Miss Brodie a heroine, leading her girls out of the darkness of repression into the light of self-expression, which is how Miss Brodie herself would justify how she exerts her influence over them. But instead Spark makes Miss Brodie fatally flawed – narcissistic and self-obsessed; blinded by romanticism into admiration of the Fascist regimes springing up around Europe; willing to use the girls as surrogates to lead the life she wishes she could have. But even in her tiny realm, she doesn’t wield absolute power – as the girls mature, they begin to make choices for themselves. The irony is that this is what Miss Brodie has encouraged them to do, but in the full and erroneous expectation that they would make the choices she wanted them to. If Miss Brodie is a heroine, she is a tragic one. The reader is told from the beginning that one of her students will one day betray her.

And when that betrayal comes, the reader is left to decide whether it was deserved. Spark creates a wonderful murkiness around actions and motives that meant this reader could sympathise with both Miss Brodie and her betrayer, yet condemn them both at the same time. No-one is fully likeable, no-one’s motives are completely pure. Instead these women are entirely human, glorious in their complicatedness, selfish in their desires, trapped in their conventions, and ultimately, for some at least, doomed by their weaknesses.

A book that fully deserves its reputation as a Scottish classic – Miss Brodie is one of those literary characters who have become part of the national psyche. But though it says much about the Edinburgh of the period in which it’s set, its focus on the messy humanity of the characters prevents it from being restricted to that small sphere – these are people who could be met with anywhere. I look forward to reading more of Spark’s work – if it comes close to this in quality, I’m in for a treat. And meantime, if you haven’t already read this, then I recommend it wholeheartedly to you. 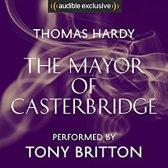