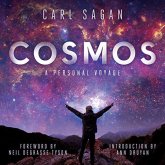 ….Many years ago, so the story goes, a celebrated newspaper publisher sent a telegram to a noted astronomer.
….“Wire collect immediately, five hundred words on whether there is life on Mars.”
….The astronomer dutifully replied, “Nobody knows. Nobody knows. Nobody knows…” two hundred fifty times. But despite this confession of ignorance asserted with dogged persistence by an expert, no-one paid any heed, and from that time to this we hear authoritative pronouncements by those who think they have deduced life on Mars and by those who think they have excluded it. Some people very much want there to be life on Mars; others very much want there to be no life on Mars. There have been excesses in both camps. These strong passions have somewhat frayed the tolerance for ambiguity that is essential to science. There seem to be many people who simply wish to be told an answer, any answer, and thereby avoid the burden of keeping two mutually exclusive possibilities in their heads at the same time.

….From that moment, I conceived it decreed, not that I should be a minister of the gospel, but a champion of it, to cut off the enemies of the Lord from the face of the earth; and I rejoiced in the commission, finding it more congenial to my nature to be cutting sinners off with the sword, than to be haranguing them from the pulpit, striving to produce an effect, which God, by his act of absolute predestination, had forever rendered impracticable. The more I pondered on these things, the more I saw of the folly and inconsistency of ministers, in spending their lives, striving and remonstrating with sinners, in order to do that which they had it not in their power to do. Seeing that God had from all eternity decided the fate of every individual that was to be born of woman, how vain was it in man to endeavour to save those whom their Maker had, by an unchangeable decree, doomed to destruction.

….A gaunt tower showed up against the lowering sky, which was lit by the reflection of Neon lights in the West End. At the corner of the tower gargoyles stood out against the crazily luminous rain, and the long roof of the main body of the building showed black against the sky.
….It was a queer-looking building to find among the prosperous houses of that pleasant-looking road, and Grenville was aware of a feeling of apprehension, quite unreasonable, at the sight of the dark massive structure. “The Morgue” – and a sculptor who hanged himself from a beam. “Jolly!” he said to himself, but having got so far he wasn’t going to funk that dark-looking pile. He went up to the iron gate which stood between the two imposing stone pillars and shook it, and found that it swung to his hand. Pushing it open, he went in, up a stone-flagged path, and found himself faced by an arched doorway, so overgrown with ivy that it was obvious it could not have been opened for years.

….The storm, unleashed two days earlier, did not seem to have any intention of abating, and upon entering it, he felt how his body and his soul sank in the ice, while the air hurt the skin on his face. He took a few steps toward the street from which he could make out the foothills of the Tien Shan mountains, and it was as if he had hugged the white cloud until he melted into it. He whistled, demanding Maya’s presence, and was relieved when the dog approached him. Resting his hand on the animal’s head, he noticed how the snow began to cover him. If he remained there ten or fifteen minutes, he would turn into a frozen mass and his heart would stop, despite the coats. It could be a good solution, he thought. But if my henchmen won’t kill me yet, he told himself, I won’t do their work for them. Guided by Maya, he walked the few feet back to the cabin: Lev Davidovich knew that as long as he had life left in him, he still had bullets to shoot as well.

Extract from the initiation ritual for the Detection Club in the Thirties. (I think we should bring these rules back for current crime fiction…)