A third batch of murder, mystery and mayhem…

Well, the TBR has leapt up this week by a massive 8 to 224! It’s not as bad as it seems though – in fact, it’s great! It happened because I found a website http://www.fadedpage.com which has downloadable versions of several of the vintage crime books for this challenge that I hadn’t yet obtained. So nine books moved from my wishlist to the TBR. Therefore, as the mathematicians among you will have realised, the underlying trend is down…

And coincidentally I’ve just about finished all the books from the second batch of MMM books, so here goes for the third batch… 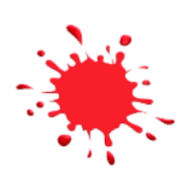 The Blurb says: Milne takes readers to the Red House, a comfortable residence in the placid English countryside that is the bachelor home of Mr. Mark Ablett. While visiting this cosy retreat, amateur detective Anthony Gillingham and his chum, Bill Beverley, investigate their genial host’s disappearance and its connection with a mysterious shooting. Was the victim, whose body was found after a heated exchange with the host, shot in an act of self-defence? If so, why did the host flee, and if not, what drove him to murder?

Subject Heading: The Birth of the Golden Age

Martin Edwards says: “A.A. Milne is now so closely associated with Winnie-the-Pooh and children’s fiction that it comes as a surprise to many readers to learn that. . . he wrote an immensely popular detective novel. The Red House Mystery is a country-house mystery, so deftly written that it achieved widespread acclaim.”

The Secret of High Eldersham by Miles Burton

Impossible theories, a baffled policeman and a gifted amateur detective. And as if that’s not enough, a touch of romance…

The Blurb says: Samuel Whitehead, the new landlord of the Rose and Crown, is a stranger in the lonely East Anglian village of High Eldersham. When the newcomer is stabbed to death in his pub, and Scotland Yard are called to the scene, it seems that the veil dividing High Eldersham from the outside world is about to be lifted.

Detective-Inspector Young forms a theory about the case so utterly impossible that merely entertaining the suspicion makes him doubt his own sanity. Surrounded by sinister forces beyond his understanding, and feeling the need of rational assistance, he calls on a brilliant amateur and ‘living encyclopaedia’, Desmond Merrion. Soon Merrion falls for the charms of a young woman in the village, Mavis Owerton. But does Mavis know more about the secrets of the village than she is willing to admit?

Edwards says: “…Barzun and Taylor argued that Miles Burton was working in the Gothic tradition of Ann Radcliffe, author of The Mysteries of Udolpho (1794), and was the first of ‘the moderns’ to do so in the detective genre.”

Bats in the Belfry by E.C.R. Lorac

Courtesy of the British Library. There’s no place quite like foggy old London as a setting for vintage crime…

The Blurb says: Bruce Attleton dazzled London’s literary scene with his first two novels but his early promise did not bear fruit. His wife Sybilla is a glittering actress, unforgiving of Bruce’s failure, and the couple lead separate lives in their house at Regent’s Park. When Bruce is called away on a sudden trip to Paris, he vanishes completely until his suitcase and passport are found in a sinister artist’s studio, the Belfry, in a crumbling house in Notting Hill. Inspector Macdonald must uncover Bruce’s secrets, and find out the identity of his mysterious blackmailer. This intricate mystery from a classic writer is set in a superbly evoked London of the 1930s.

Edwards says: “The plot is elaborate, the characterisation crisp and the atmosphere of the dark London streets well evoked.“

The Dain Curse by Dashiell Hammett

The Blurb says: Everything about the Leggett diamond heist indicated to the Continental Op that it was an inside job. From the stray diamond found in the yard to the eyewitness accounts of a “strange man” casing the house, everything was just too pat. Gabrielle Dain-Leggett has enough secrets to fill a closet, and when she disappears shortly after the robbery, she becomes the Op’s prime suspect. But her father, Edgar Leggett, keeps some strange company himself and has a dark side the moon would envy. Before he can solve the riddle of the diamond theft, the Continental Op must first solve the mystery of this strange family.

Subject Heading: Across the Atlantic

Edwards says: “His execution of the concept is artistically flawed, but although the story is eccentric and melodramatic, it is also oddly compelling.”

NB All blurbs taken from Goodreads. The quotes from Martin Edwards are from his book,
The Story of Classic Crime in 100 Books.

PS I’ve fallen badly behind with blog reading, review writing, reading and life in general so I’m taking a little break. Back soon! Don’t get up to anything exciting while my back’s turned…