(Last year I created a story  – if it could be dignified by that name – using the titles of all the books I’d reviewed in the year… in the order I reviewed them! I couldn’t resist seeing if I could do it again this year. My twin obsessions of the year – the Russian Revolution and vintage crime – meant there could only really be one theme…)

Having prepared her design for murder, she began to plan the selection day when the final victim would be chosen. Shunning poison lest the dead wake, she had concealed a bar of cast iron under the headgear she had stolen from Party HQ, the President’s hat – it would be gory no doubt, but effective. She shuddered as she remembered the disaster of the death on the Riviera when the sandlands seemed full of the beautiful dead radio girls, who in fact came round an hour or so later and took bloody revenge on their would-be assassin. Not the Party’s finest hour! No, her mission would be more like the crime at Black Dudley Animal Farm, brutal but certain.

She jumped on her crimson snowmobile and sped to the Volga, where her colleague Maigret and Commissar Titian’s boatman were waiting. The boatman was singing…

(Some music to set the tone – if this doesn’t make you want to throw a revolution, nothing will!)

Hurriedly checking the traveler’s guide, “To Spacevski Prospekt, quickly!” she cried, aware of the irony that that was where the death of Kingsovovichskipopov had sparked the revolution in the first place.

“Ah, Maigret” she said, spotting an extra traveller. “If it isn’t our mutual friend Lorna, one of the good people!”

Maigret and the tall woman settled in the boat. Maigret said “So, FFskova, is it true you’re planning the massacre of mankind?”

“Shhh!” FFskova hissed, glancing round to make sure no members of the White Guard were within earshot. The dry tone of her voice admonished him. “You’ll find out soon enough – I’ll let the dead speak for themselves.”

As they jumped off the boat at Spacevski Prospekt, the time machine on her wrist warned her that Rebecca would soon be arriving on the 12:30 from Croydon. It would have been a dangerous crossing after the accusation that had been made against her, but hopefully she would have brought with her the legacy that had justified her committing the ABC murders. A siren sounded, sending momentary shivers down FFskova’s spine, but she realised it was simply to warn drivers that the cone-gatherers were clearing the traffic cones left after the recent roadworks.

“Sometimes I’d rather be the devil than remember my part in the bloody history of the Russian Revolution,” she thought, “especially the horrific episode of the Cheltenham Square murder. Maybe I should give up being an assassin and run off to the island of Dr Moreau with the tsar of love and techno!” But she knew that if she did she’d be no better than a dead woman walking. Her priest, Father Thomas More, had told her to do penance but she knew it was too late for that. Her face white, tears dropped from her eyes down over her distinctive facial scar. Weather forecasts predicted worsening of the ice which covered the valley. Of fearful thoughts her head was suddenly full.

“Oh, Lorna Doone!” she cried to her old friend. “See what I have done! I feel I should give up the ghost!” “Marriage is the answer,” interrupted the old sexist, Maigret. “We should be able to find you a decent man in that new dating bureau, the House of Names,” he said. She said, as an aside to Lorna, “Metaphorically speaking, Maigret takes a room in the last kingdom, silly old dinosaur! Never mind – I’ve been in England often enough to know how to keep a stiff upper lip.” Jeeves, Maigret’s chauffeur, arrived and, hopping in, Maigret and Lorna drove off.

And then there were none but FFskova herself… and the follower, Lord Fibonacci, who mistakenly thought he hadn’t been spotted. FFskova quickly batted him over the head with the iron bar – a necessary evil but, given his unsavoury reputation as a buddy of Ra-Ra-Rasputin, lover of the Russian Queen, scarcely a people’s tragedy. She knew that she could rely on the Party to provide testimony if she were ever suspected of the murder of the vanishing lord. Perhaps it would go down as one of those miraculous mysteries, or perhaps with luck the tediously annoying Doctor Zhivago would be framed for the murder, the lodger who so annoyed Lenin. The dictator had been saying only yesterday that his lodger better stop spouting depressing Russian poetry or else…

“You should have left,” she murmured to the corpse as she shoved it silently into the Volga, “if not for your own sake, then for the comfort of others.” She wasted no further thought on the gowk. Storm clouds were gathering and the river was racing, lessening still further the chances of the police ever finding Fibonacci. 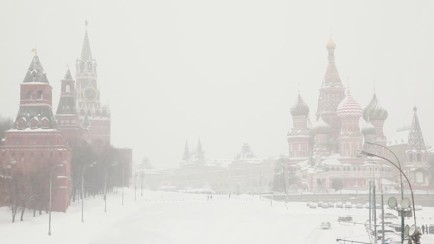 Once the plane had finished the long drop and landed, FFskova saw Harriet disembarking. “Where’s Rebecca?” she asked.

Harriet said with sadness, “Her last job was particularly gruesome, killing all those policemen. After the end of the affair, Rebecca became she who was no more. Her sanity gone, she kept repeating the old nursery rhyme ‘one, two, buckle my shoe‘ till we had to have her incarcerated in the home for Seriously Befuddled Communist Gentlewomen. Now she wanders with her birdcage, walking endlessly around the corridors, murmuring ‘you will know me‘, which is ironic since she doesn’t know herself. I’m afraid it’s the story of classic crime. In 100 books, such is the fate of those destroyed by this job.”

The malice of waves beat against the banks of the Volga. “The word is murder,” FFskova said bitterly. “This Russian Revolution has turned us all into cop haters. A gentleman in Moscow told me it feels like days without end there. One day history will give its verdict. Of twelve of us who were chosen, five are dead, four officially insane, and last I heard, Galina had run off to kill a mockingbird, which makes me think she’s a little doolally too…”

“Indeed, that sounds like a portrait of a murderer. But at least we don’t do it for treasure! Is land worth all this, though? Even the great motherland? I am tired of the unwomanly face of war.” Harriet shook her head despairingly.

“Oh well, never mind!” said FFskova, popping a chocolate truffle into her mouth and cheering up. “We have continental crimes to commit! Put on your disguise – the minister’s black veil and your sword – and let’s get going to Munich. Lenin is a force of nature as you know, and we must carry out his bloody project – Operation Bluebird.” “Bluebird?” said Harriet. “So innocuous sounding! The man is as delusional and conceited as Mr Toad from The Wind in the Willows! His visions of empire are as monstrous as anything dreamed up by Frankenstein!” She put on the veil and slung the golden sabre over her shoulder, and they started off on their journey. 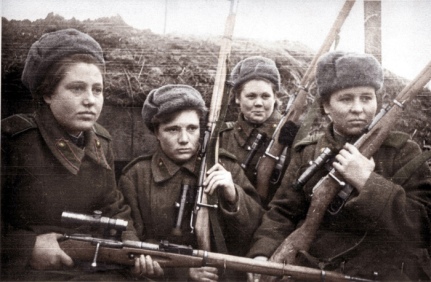 (FFskova and the team in basic training)

Some hours later in Munich, the two assassins stuffed four white bodies into the vanishing box which formed part of their kit. The Party would arrange for the corpses to be discovered at the site of the accident on the A35 which they were currently arranging. Meantime, Harriet prepared to go off to commit a murder on the Orient Express, while FFskova got ready to rush back to Moscow to organise a death at the President’s lodging – Lenin had made it clear the pesky Zhivago had to go. Before they parted, FFskova issued some final instructions.

“We shall meet again at Northanger Abbey once this is all over and we have at last reached the end. Of the website for online assassin lessons, there will be no further need. We shall get rid of all copies including the master. Of Ballantrae, we must never speak – that secret foundation was all the idea of Pietr the Latvian, but now all our enemies are eliminated, there will be no need for the genetically modified, man-eating sweet Williams after all.”

And so at last they retired from assassining, leaving a string of crimes unsolved. Soon the assassin training program was unplayable. Lies were told to explain the foreign bodies, and the police, being mere fools and mortals, were left baffled, although FFskova ever afterwards found it hard to look a police officer in the eye. “Of Osiris,” she reminded Harriet, “we must never speak – that code name for the mistletoe murder and other stories of horrific deaths must remain forever secret, known only to us and my secret lover, the man they call the Catcher.” In the rye bottle, Harriet found a welcome oblivion in the years to come, but no alcohol was ever strong enough to dull FFskova’s mental anguish. Only chocolate could do that…

LANG MAY YOUR LUM REEK!