Northanger Abbey is the most deliciously light of all of Austen’s books, filled with humour as Austen pokes gentle fun at her own class and gender. Catherine Morland is our naive 17-year-old heroine, leaving her country parsonage home for the first time to visit the bright lights of Bath in the company of her generous neighbours, the Allens. Starry-eyed and romantic, and with an obsessive love of the Gothic sensation fiction of the day, Catherine is ready to be thrilled by everything and everyone she meets.

They arrived at Bath. Catherine was all eager delight – her eyes were here, there, everywhere, as they approached its fine and striking environs, and afterwards drove through those streets which conducted them to the hotel. She was come to be happy, and she felt happy already.

I have discussed the book before, (you can read my thoughts here), so am concentrating in this review on the production and performances in Audible’s new dramatisation of it.

This is done as half narration and half dramatisation. The narration is done superbly by Emma Thompson, someone who truly ‘gets’ Austen as anyone who has watched her performance in the wonderful 1995 version of Sense and Sensibility will know – a film for which she also wrote the script. In this one, she goes all out to bring out the humour in the script, and her affectionately ridiculing tone and excellent comic timing had me laughing aloud time and time again. It truly feels to me as if she’s channelling Austen – I suspect if Jane read her manuscript aloud to her family, she’d have delivered it just like this, with the same fond teasing of our delightful Catherine and the same gasping drama over the Gothic horror elements, played strictly for laughs. Thompson verges perilously close to going over the top at points, but is far too masterful to actually do so. Part of me wished this was a straight narration – and I really would like her to narrate all the Austen novels, please, when she has a moment to spare.

That’s not to suggest I didn’t enjoy the dramatised elements too – I did, very much. The young cast were largely unknown to me, since I don’t watch much TV or film, but several of them have impressive lists of credits to their names already. Each turned in a fine performance here with no weak links in the chain.

The role of Catherine is vital, and Ella Purnell does an excellent job in portraying the youthful naivety that sometimes leads her into foolish behaviour. She brings great charm to the role, with the same infectious good humour that makes Catherine such a likeable heroine on the page. Henry, I always feel, is a harder role to pull off, since frankly he’s so patronising to our lovely Catherine and his sister Eleanor that I often have an uncontrollable desire to hit him over the head with a well-filled reticule. So I was very impressed with the way Jeremy Irvine was able to navigate that aspect with such a degree of warmth in his tone that I found it easy to forgive him and to understand Catherine’s attraction to him. (And bear in mind, girls, that I didn’t even have the advantage of being able to see him… except perhaps in my mind’s eye… 😉 ) 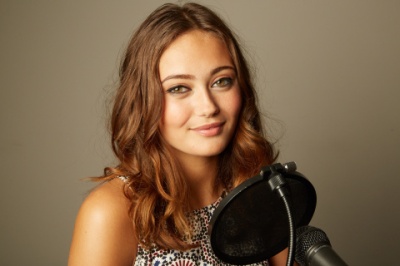 Douglas Booth and Lily Cole are both nicely unlikeable as the baddies John and Isabella Thorpe (Boo! Hiss!), Booth managing with aplomb all John’s boastful silliness about his horses and so on, while Cole drips delicious insincerity with every word. 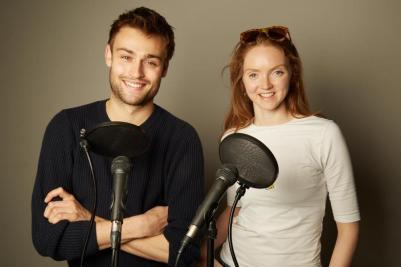 As the sensible one, Eleanor Tilney can tend to be somewhat dull as a character, but Eleanor Tomlinson gives her some much needed vivacity, while in the big dramatic scene near the end, she brings out beautifully all her distress and embarrassment. My other favourite is Mrs Allen, played by Anna Chancellor. Again she can be a tricky character; her rather silly empty-headedness and obsession with clothes could easily be annoying in the wrong hands, but Chancellor brings out her affectionate nature and the true warmth of her feelings towards Catherine, and the script is very humorous at showing how she allows her husband to form all her opinions for her.

Directed by Catherine Thompson, the production itself is fun with all the appropriate sound effects of carriages rattling along the roads, dramatic music for the Abbey horror scenes and delightful dance music during all the various balls. The balance between narration and dramatisation is good and I find this format works particularly well for audio – better than either alone for me. The bursts of dramatisation hold my attention in a way that an unbroken narration, however good, sometimes doesn’t; while the narration gives an opportunity to hear the author’s voice and fill out the background that’s sometimes missed when a book is reduced completely to dialogue. The script too, by Anna Lea, is excellent, sticking as it should entirely to Austen’s own words. I felt it had been a little abridged, not just for the linking parts in the dialogue to make it work as a dramatisation, but also in some of the narrated parts. But if so, the abridgement is done smoothly and none of the important elements have been cut.

So another excellent audio drama from Audible, who seem to be producing more and more of these, and casting them with some of our top performers. Keep them coming, I say! And as for this one – highly recommended!

NB This audio drama was provided for review by Audible UK via MidasPR.