The bad news is that the TBR hasn’t gone down this week. The good news is it hasn’t gone up either! Staying stable on 219 – or to be more detailed – three out, three in. 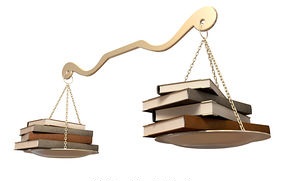 Last week every book I listed was over 90 years old, so in the spirit of balance, here are some of the new releases that I will be reading soonish…

Courtesy of the publisher, Saraband. Having thoroughly enjoyed His Bloody Project, I was delighted to be offered Burnet’s new one. It sounds very different. However I note it says it’s a follow-up to an earlier book… hmm! Hopefully it will work even though I haven’t read that one…

The Blurb says: The methodical but troubled Chief Inspector Georges Gorski visits the wife of a lawyer killed in a road accident, the accident on the A35. The case is unremarkable, the visit routine.

Mme Barthelme—alluring and apparently unmoved by the news—has a single question: where was her husband on the night of the accident? The answer might change nothing, but it could change everything. And Gorski sets a course for what can only be a painful truth. But the dead man’s reticent son is also looking for answers. And his search will have far more devastating consequences.

The Accident on the A35 is the spellbinding follow-up to Graeme Macrae Burnet’s debut noir novel The Disappearance of Adèle Bedeau.

NB A Verboballistic Invention – talking of His Bloody Project, the editor of the book, Craig Hillsley, popped into the comments section of my review to say “For those discussing the authenticity (or not) of Roddy’s voice, you might find it interesting to look up the real life case of Pierre Rivière.” I did, and it’s an intriguing story… here’s a link.

Courtesy of NetGalley. Having enjoyed Cornwell’s Viking sword-and-sandals novel, The Last Kingdom, I’m intrigued at what seems to be something of a departure for him…

The Blurb says: Fools and Mortals follows the young Richard Shakespeare, an actor struggling to make his way in a company dominated by his estranged older brother, William. As the growth of theatre blooms, their rivalry – and that of the playhouses, playwrights and actors vying for acclaim and glory – propels a high-stakes story of conflict and betrayal.

Showcasing his renowned storyteller’s skill, Bernard Cornwell has created an Elizabethan world incredibly rich in its portrayal: you walk the London streets, stand in the palaces and are on stage in the playhouses, as he weaves a remarkable story in which performances, rivalries and ambition combine to form a tangled web of intrigue.

Courtesy of the publisher, Saraband, who kindly popped a couple of extras in along with the new Burnet. It sounds dark…

The Blurb says: Life and death played out over 48 hours. A father intent on being with his young son escapes from a secure psychiatric hospital, knowing he has just one chance for the two of them to start a new life together. Sweet William is a breathtakingly dark thriller that spans forty-eight hours in the life of a desperate father and a three-year-old child in peril. Brilliant and terrifying, this is a debut novel that will stay with its readers long after they finish turning the pages.

Courtesy of the publisher, The British Library. The latest in their collection of anthologies of short stories, as always edited by the wonderful Martin Edwards. This one has a twist though – these are all translated… sounds fab!

The Blurb says: Today, translated crime fiction is in vogue – but this was not always the case. A century before Scandi noir, writers across Europe and beyond were publishing detective stories of high quality. Often these did not appear in English and they have been known only by a small number of experts. This is the first ever collection of classic crime in translation from the golden age of the genre in the 20th century. Many of these stories are exceptionally rare, and several have been translated for the first time to appear in this volume. Martin Edwards has selected gems of classic crime from Denmark to Japan and many points in between. Fascinating stories give an insight into the cosmopolitan cultures (and crime-writing traditions) of diverse places including Mexico, France, Russia, Germany and the Netherlands.

NB All blurbs taken from Goodreads or Amazon UK.