A valuable but somewhat biased contribution…

During World War II, many women in Soviet Russia went off to war, not just in the traditional female roles of nurses, cooks, etc., but to take up arms themselves – to kill or die for their country. When they came home – those who came home – they were not lauded as heroines. At best their service was forgotten; at worst, they were seen as unwomanly, no longer suitable marriage material, sometimes even shunned by those around them. Decades later in 1985, as Soviet Russia was about to enter the period of glasnost (openess) under then President Gorbachev, Svetlana Alexievich published this collection of oral histories from some of the women who served. For her ground-breaking work, including this book, Alexievich, a Belarusian journalist, won the Nobel Prize for Literature in 2015. This is the first time the book has been translated into English, by Richard Pevear and Larissa Volokhonsky, the current leaders in the field of Russian-English translation.

There is no doubt of the importance of this work in bringing a piece of the Soviet Union’s lesser-known history to light, and for giving a voice to many women who had been silenced by their society’s desire to forget their contribution. Many of the memories Alexievich records show the patriotism and courage of these women, while also giving an insight into their naivety as they set off for “the Front” – words that seem almost to have taken on an element of propaganda, as something glorious and heroic. The reality, of course, was brutal and barbaric. Alexievich tries to understand why so many women – girls, in many cases, often only sixteen or seventeen – were determined to cut off their cherished braids, learn to shoot or fly or bandage wounds, and set off for war.

I left for the front a materialist. An atheist. I left as a good Soviet schoolgirl, who had been well taught. And there . . . There I began to pray . . . I always prayed before a battle, I read my prayers. The words were simple . . . My own words . . . They had one meaning, that I would return to mama and papa.

The answers were as varied as the girls themselves. Some went against the opposition of their mothers, because they had lost a father or brother or lover and wanted revenge. Some saw it as a great patriotic duty. Some were more or less forced into it by parents who had no sons to send, or who had already lost their sons in the carnage. Some went simply because their friends were going. Some, and these were the saddest, saw it as an exciting adventure. Often the recruiting officers tried to talk them out of it, but the girls were determined to go – I formed the distinct impression it had simply become the ‘done thing’, a kind of macabre fashion statement. When they got there, the men they were to serve with often saw them at first as an annoyance – just another thing they needed to worry about. But many of these girls soon became vital cogs in an army that was losing men in almost unimaginable numbers. Alexievich lets us hear from snipers, girls who worked dragging the injured from burning tanks, women who flew war planes or manned their guns, surgeons who worked through extreme exhaustion to treat a never-ending stream of men and women with horrific injuries, nurses who tried to give some comfort to those in agony, waiting for death. 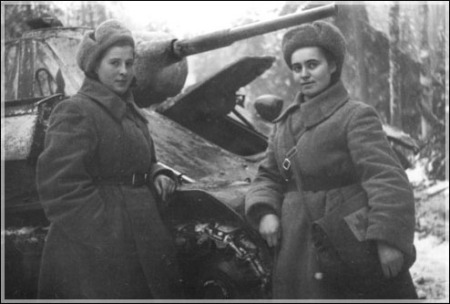 I had some reservations though, mainly around Alexievich’s intentions. Apparently she interviewed hundreds of women and received written accounts from many more. At the beginning of each section, she gives a little introduction telling the story of how she collected and selected her material, and it was these that made me wonder about her agenda. She becomes emotional to the point of mawkishness again and again, often inserting herself into the middle of a memory to show how deeply it has affected her. She admits immediately to being obsessed with death, and I felt it became clear quite quickly that she also had what felt like an unhealthy, voyeuristic obsession with suffering.

I listen to the pain . . . Pain as the proof of past life. There are no other proofs, I don’t trust other proofs. Words have more than once led us away from the truth.

I think of suffering as the highest form of information, having a direct connection with mystery. With the mystery of life. All of Russian literature is about that. It has written more about suffering than about love.

She makes plain – though I’m not sure intentionally – that she dismissed memories that didn’t meet her criteria. So women who wanted to talk about pride in the eventual victory rather than suffering were dismissed, with it being signalled that they had been indoctrinated by men to think about the ‘man’s’ war rather than the ‘woman’s’.

I couldn’t help but feel that she was very close to distorting history to suit her agenda – to prove that women suffer more, have bigger hearts, more capacity for empathy, find it harder to kill. True? Perhaps. Or perhaps some form of reverse sexism. We live now in a world where women regularly serve on front lines – in some countries it has been the norm for decades, if not centuries – and I doubt if our female soldiers would relish being portrayed as somehow less fitted for war, or that the many men who live with ongoing emotional trauma are happy to be considered less feeling. I also felt that Alexievich’s sympathy for the women only lasted until it interfered with her work. I was particularly put off by one anecdote she recounts, when she sent a transcript to a woman she had interviewed. The woman scored out some personal stuff and said her son would be horrified to read it, since she had never told him. But Alexievich overrode the woman’s objections and printed it anyway, carefully including the woman’s full name. It felt as abusive as anything the society she is criticising had done to the women.

Some of the extracts are intensely moving, some so horrifying they are difficult to read. Others left me curiously untouched – repetition dulls the senses perhaps. Eventually I found I was having to force myself to pick the book up, so finally gave up at about two-thirds of the way through. I do think this is a valuable contribution to the historical record, but one that needs to be viewed with a certain amount of caution as having been too carefully selected to bolster the author’s viewpoint, rather than to give an unbiased and balanced platform for the memories of the women who served.

NB This book was provided for review by the publisher, Penguin Classics.

30 thoughts on “The Unwomanly Face of War by Svetlana Alexievich”