Adding how many books to the TBR?!??

Yesterday I reviewed Martin Edwards’ excellent book on the development of the crime novel – The Story of Classic Crime in 100 Books. It will not surprise those of you who’ve read any of my TBR posts to learn that I found this book an irresistible excuse for a brand new spreadsheet! But what’s the point of a new spreadsheet without a new challenge to go with it? So here it is…

The challenge is to read and review all 102 of the books Edwards includes on his main list. Yes, 102. Don’t ask me why a book called “…100 Books” actually lists 102, but the spreadsheet never lies, so 102 it is! However, I’m off to a flying start since I’ve already reviewed five of them on the blog, so this means I only have to add 97 to my TBR or wishlist… 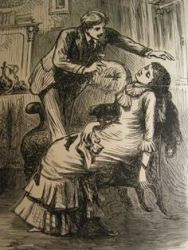 I’ve decided not to list all 102 Books up front. The book has only just been published and somehow it seems unfair – almost like a major spoiler. So instead I’m going to start today with a batch of ten – the five I’ve reviewed and five others that I already own but haven’t yet read. Once I get to the end of this batch, I’ll list another batch, and so on. I’ll be adding an index page shortly where I’ll put links to all the books as I review them, so gradually – very gradually – it will grow to become a complete list. I’ll be reading them in totally random order as and when I acquire them, but on my index page I’ll organise them in the order and under the subject headings in the book. I reckon it will take me a minimum of four or five years to read them all, so if you can’t wait to know all 102 of the titles, then you’ll have to buy the book!

So here goes with the first ten…

ALREADY READ AND REVIEWED
(titles link to my review)

The Hound of the Baskervilles by Sir Arthur Conan Doyle

Subject Heading: A New Era Dawns – here Edwards discusses some of the books that came out before the Golden Age proper got under way, showing how they influenced the development of the genre.

Edwards says: “Atmospheric and gripping, The Hound of the Baskervilles is the best of the four long stories about Holmes…”

The Lodger by Marie Belloc Lowndes

Edwards says: “The strength of The Lodger derives from its focus on the tensions of domestic life rather than lurid melodrama.”

Murder of a Lady by Anthony Wynne

Edwards says: “The puzzle is cleverly contrived, and the explanation is not – as is often the risk with a locked-room mystery – a let-down.”

Green for Danger by Christianna Brand

Subject Heading: The Long Arm of the Law – books where the detective is a police officer rather than a gifted amateur.

Edwards says: “…we are told that ‘Inspector Cockrill was anything but a sweet little man’. He has been described… as ‘one of the best loved “official” detectives in the whole of the crime and mystery genre’.” 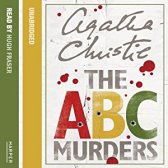 The ABC Murders by Agatha Christie

Edwards says: “This novel is one of Christie’s masterpieces, and has been much flattered by imitation, although elements of the brilliant central plot idea were borrowed by Christie herself, for instance from a short story by GK Chesterton…”

The Eye of Osiris by R Austin Freeman

Edwards says: “The Eye of Osiris blends elements of a real-life murder in Boston, Massachusetts, with forensic science, Egyptology and romance. The result is a memorable challenge for Dr John Thorndyke, an expert in medical jurisprudence, and the first major scientific detective to appear in twentieth-century crime fiction.”

Some Must Watch by Ethel Lina White

Edwards says: “Helen, aged nineteen, takes a position quaintly described as a ‘lady-help’ with the Warren family at their lonely country house… Its remoteness makes working there an unattractive proposition for anyone who is not desperate – but Helen is desperate… Ethel Lina White builds the tension with unobtrusive skill as a ruthless murderer closes in on Helen…”

Death at the President’s Lodging by Michael Innes

Edwards says: “Michael Innes announced his arrival as a detective novelist characteristically, with a quotation, a paradox, a baroque scenario and a touch of humour. Umpleby has been shot, little piles of human bones have been scattered around his corpse, and on the oak panels of his study, someone has chalked a couple of grinning death’s heads.”

Verdict of Twelve by Raymond Postgate

Edwards says: “…despite Raymond Postgate’s unrelenting focus on the haphazard workings of the English justice system, he also fashions a fascinating story that combines exploration of human nature with a teasing mystery. The first and longest of the book’s four sections presents studies of the twelve members of a jury convened for a murder trial. The jurors are a varied bunch, and one of them has got away with committing a murder.”

Strangers on a Train by Patricia Highsmith

Subject Heading: Across the Atlantic – a look at what was happening in American crime fiction.

Edwards says: “The uncertain post-war world was ready for crime fiction that explored the ambiguities of guilt and innocence, and Highsmith’s subtle and ambitious writing paved the way for gifted successors such as Ruth Rendell, who wanted to take detective stories in a fresh direction.”

I hope you’ll join me on my journey through early crime fiction. And if you’re planning to read The Story of Classic Crime and perhaps some of the 102 Books, do let me know – I’d love to see what you think of them too.

Murder, mystery and mayhem!
Life would be so much duller without them!