The knowledge of all sums…

A few years ago, Keith Devlin published The Man of Numbers: Fibonacci’s Arithmetic Revolution, which combined a biography of the famous mathematician with an explanation of what his fame rests on. This book is the story of researching and writing that book, also telling the little that is known about Fibonacci’s life and describing his arithmetical legacy.

It’s a strange little book. It reminded me of being left with bits of leftover wool after knitting an elaborate sweater and deciding to use them to make a matching scarf. It feels like an amalgam of all the things Devlin would have liked to have included in his first book, but didn’t think quite fitted. Knowing nothing whatsoever about Fibonacci, I found it reasonably interesting since it gave me the basics about his achievements, but I’m not sure of how much interest it would hold for anyone who already knows about him, or indeed, who has read Devlin’s earlier book. Devlin starts with an introduction in which he describes his own career as an “expositor” of math in print and on radio. He tell us he is known as the Math Guy in America (hence the misspelling of maths throughout 😉 ). This is partly why he is so interested in Fibonacci, since he too was an early expositor of arithmetic.

Real name, Leonardo of Pisa, (Fibonacci was a nickname given to him by a much later mathematician), his fame rests mainly on his major work, Liber Abbaci (The Book of Calculation), which explained the Hindu-Arabic number system (the use of numerals 1-9). Prior to this, arithmetic in the west had relied on an elaborate finger-counting system or the use of the abacus, both of which required a high level of skill. The system of using numerals was easier to learn and also provided a written record, hence an audit trail. Although Leonardo was not the first man to introduce this system to Europe, his book appeared just at a point where trade was about to take off exponentially in the region, so became hugely important and influential. Leonardo also wrote a follow-up book that included many worked practical examples, so that it could be used as a basis for learning how to use arithmetic even by people who weren’t interested in understanding the underlying principles. This was hand-copied thousands of times and was translated into many different regional languages and with the examples converted into local currencies, making it the most important text for spreading the use of arithmetic throughout Europe and beyond.

Devlin intersperses this information about Fibonacci with descriptions of how he, Devlin, went about researching his earlier book. This is sometimes interesting – Devlin writes well when, for example, he re-imagines the Pisa of Leonardo’s time: a trading hub, with sea-transported goods being brought into the town via the river Arno. But there are also parts where my interest level fell away almost entirely – for example, when he gives immensely detailed accounts of visits to libraries to look at ancient manuscripts, and includes blow-by-blow accounts of conversations with librarians about opening times, etc. Leonardo’s work was almost forgotten for centuries till a few researchers brought him back to prominence, and Devlin gives the story of them and their researches too. Again, these accounts varied in interest level, but overall I felt Devlin was trying too hard to make it seem more exciting than it either was or, indeed, needed to be.

When it comes to the arithmetical stuff, Devlin explains things simply enough for my decidedly non-mathematical brain to cope with. He gives some of Leonardo’s worked examples, which taught me two things: 1) I’ve forgotten what little algebra I ever knew and 2) thank goodness for Excel. However, I was pleased to see I can still usually get to the right answer eventually with my own elaborate finger-counting method (which also involves sticking out the tip of my tongue – a widely-recognised technique which oddly both Fibonacci and Devlin overlook), so this will undoubtedly be a handy skill after the apocalypse…

In the end, I suspect I might have been better reading Devlin’s earlier book rather than this one – the meat of the story for me was Leonardo’s achievements, and the rest felt a little extraneous. However, I certainly got enough out of it to make it a worthwhile and informative read overall, and the other aspects of it may appeal more to people who are intrigued to see how a biographer goes about his research process.

NB This book was provided for review by the publisher, Princeton University Press. 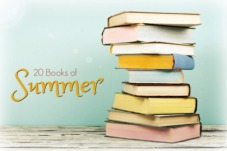