Digging up the truth…

The story begins in 1913 when our narrator, John Farringdale, is just twenty-one. He and his cousin Eric are more like brothers, so when Eric meets the famous amateur archaeologist Professor Tolgen Reisby, he’s keen to introduce him to Farringdale too. Eric has a bit of a hero-worship for Professor Reisby, but he’s also well on the way to falling in love with Reisby’s much younger wife, Hilda. Farringdale also has a friend who is considerably older than him – Frederick Ellingham, a man of eclectic tastes and knowledge and a wide acquaintanceship across the classes, from seamen to aristocrats. Ellingham knows something of Reisby and hints that there may be darkness hidden beneath his boisterous extrovert exterior! And so when Eric goes missing in what seems like a sailing accident, Ellingham decides to investigate further…

…which takes him roughly a decade and a half to do. Admittedly they all had to stop and go and fight a war in the middle of it all, but frankly those of us with at least one functioning braincell had the whole thing worked out before the war began, so one certainly can’t accuse Ellingham of rushing things. Fortunately, there’s plenty to enjoy in the book, though, even if the plot is so slight as to be almost non-existent.

As Martin Edwards informs us in his introduction, Rolls was himself an archaeologist and he puts his expert knowledge to good use. He pokes a lot of fun about the world of archaeology – the digging up of a shard of broken pot and extrapolation from that of an entire civilisation, the dismissal of anything that seems a bit peculiar as ‘ritual’, the arguments between experts over time periods, and the jealousies over access to the best sites and acquisition of the choicest finds. He also has his characters comment on the ghoulishness of the archaeologist’s enthusiasm for digging up corpses, with Reisby himself keeping a kind of charnel house of finds in his own study. In fact, even the denouement makes fun of the cavalier fashion in which archaeologists spin theories based on the location of a few bones. (I’m sure it’s all very different and much more professional now, even though it all rather reminded me of Tony Robinson rapturising over half a femur or a mangled old bit of bronze in many an episode of Time Team… 😉 )

On another table were the remains of about a dozen skeletons. One or two of these had a remarkably fresh appearance and were nearly complete; but most of them were in a fragmentary state, and the bones were mottled with a dark stain of manganese – the indication (though by no means invariably present) of considerable antiquity. The skeleton of a young woman, slightly burnt, was particularly attractive.

The set-up is a spin on the Holmes/Watson pairing, but I fear Ellingham and Farringdale don’t match up to their illustrious predecessors in either detection or characterisation. Reisby himself is a fun character – a giant of a man, loud and jolly with an uproarious laugh, but also opinionated and quick to fury when crossed. I would definitely cast Brian Blessed in the role. 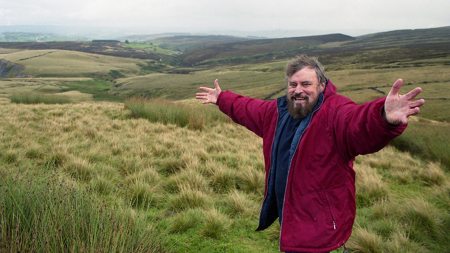 Scarweather is a remote place on the coast of Northern England, and Rolls does a good job with the setting, allowing the wildness of the landscape and sea to play their part in the story. The isolation of the setting also allows him to show the kind of unlikely friendships that blossom when people live close to each other but far from the rest of society. Many of these secondary characters add to the humour of the book, slightly caricatured but still believable and, on the whole, likeable despite their idiosyncrasies.

So, overall, while this isn’t the most thrilling or fiendish crime novel in the world, it’s still an enjoyable, well-written entertainment.

NB This book was provided for review by the publisher, Poisoned Pen Press.

30 thoughts on “Scarweather by Anthony Rolls”