….Day after day. Always on the move. My boot heels quite worn away. Wolfmouth only left me alone when I came home at night. Even then he followed me through the hallways, tap dancing up the stairs. He followed me, he follows me. Step scuff smack step, step scuff smack step. Echoing in the stairwell at the end of another long day.
….– The kooks, there are more of them all the time.
….– That’s right, Mrs. Waxman.
….Carrying my groceries past her door. The stink of her cats.
….I hole up, lock the door, fix the chain. Step scuff smack step, shuffling in the hallway. Then, at last, silence. I am not sure if he goes away.

….As for their commitment to ‘the people’, it was essentially abstract. They loved Man but were not so sure of individual men. M.V. Petrashevsky, the utopian theorist, summed it up when he proclaimed: ‘unable to find anything either in women or in men worthy of my adherence, I have turned to devote myself to the service of humanity’. In this idealized abstraction of ‘the people’ there was not a little of that snobbish contempt which aristocrats are inclined to nurture for the habits of the common man. How else can one explain the authoritarian attitudes of such revolutionaries as Bakunin, Speshnev, Tkachev, Plekhanov and Lenin, if not by their noble origins? It was as if they saw the people as agents of their abstract doctrines rather than as suffering individuals with their own complex need and ideals. Ironically, the interests of ‘the cause’ sometimes meant that the people’s conditions had to deteriorate even further, to bring about the final cataclysm. ‘The worse, the better,’ as Chernyshevsky often said (meaning the worse things became, the better it was for the revolution).

….Before I realised it, I was crying. People might think I’m homesick, I thought, a hick lugging a huge bag around, sitting there blubbering. Embarrassed, I wiped away the tears, glancing nervously around me, but not a single person was looking at me.
….Right then it struck me: Tokyo was a more wonderful place than I’d ever imagined.
….I didn’t come to Tokyo for the upscale shopping or all the great places to have fun at. What I wanted was to melt into the crowds of people who didn’t know about my past, and vanish.
….More precisely, because I’d witnessed a murder, and the person who committed it had not been caught, what I wanted more than anything was to disappear from his radar forever.

….For in those days I had a firm belief, as many other strong boys have, of being born for a seaman. And indeed I had been in a boat nearly twice; but the second time mother found it out, and came and drew me back again; and after that she cried so badly, that I was forced to give my word to her to go no more without telling her.
….But Betty Muxworthy spoke her mind quite in a different way about it, the while she was wringing my hosen, and clattering to the drying horse.
….“Zailor, ees fai! ay and zarve un right. Her can’t kape out o’ the watter here, whur a’ must goo vor to vaind un, zame as a gurt to-ad squalloping, and mux up till I be wore out, I be, wi’ the very saight of ‘s braiches. How wil un ever baide aboard zhip, wi’ the watter zinging out under un, and comin’ up splash when the wind blow. Latt un goo, missus, latt un goo, zay I for wan, and old Davy wash his clouts for un.” 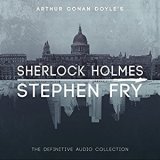 From The Valley of Fear:

….“You have heard me speak of Professor Moriarty?”
….“The famous scientific criminal, as famous among crooks as…”
….“My blushes, Watson!” Holmes murmured in a deprecating voice.
….“I was about to say, as he is unknown to the public.”
….“A touch! A distinct touch!” cried Holmes. “You are developing a certain unexpected vein of pawky humour, Watson, against which I must learn to guard myself. But in calling Moriarty a criminal you are uttering libel in the eyes of the law – and there lie the glory and the wonder of it! The greatest schemer of all time, the organizer of every deviltry, the controlling brain of the underworld, a brain which might have made or marred the destiny of nations – that’s the man! But so aloof is he from general suspicion, so immune from criticism, so admirable in his management and self-effacement, that for those very words that you have uttered he could hale you to a court and emerge with your year’s pension as a solatium for his wounded character.”