When Chloe Emery returns home early from a visit to her dad’s new family, she is horrified to find her house covered in blood and her mother missing. Maeve Kerrigan has been promoted to Detective Sergeant, and is called to the scene by Una Burt, who’s still acting head of the team. The sheer volume of blood suggests there’s no hope the victim could have survived, so they’re treating it as a murder case, with the first item on the agenda being to find the body.

I was quite unhappy with the way the previous book ended, with Maeve and Josh turning into typically unbelievable vigilante-style mavericks, so I’m delighted to say that in this one Maeve’s back on track. There are lots of reasons this series stands out from the herd, and one of the major ones is Maeve’s refreshing normality. Of course she’s affected by her experiences, but she’s basically a good cop who works well within a team and tries to stick within the rules as much as possible. And for my money, the books are better when she does.

Now that she’s a sergeant, Maeve has supervisory responsibilities and in this one is looking after the newest team member, Gloria, a graduate entrant. Maeve’s not finding it easy – Gloria’s pretty annoying, ready to feel herself slighted for the smallest reason. But she also seems ready to develop a bit of hero-worship for Josh and Maeve’s horrified to find herself feeling a little bit jealous. It’s professional jealousy though – Maeve is still hoping that she and Rob can get back together, and every girl’s favourite male chauvinist Josh (amazingly!) has his own little family now, having taken on the role of father to his girlfriend’s young son. (My mind still boggles at the idea of him giving the boy dating advice a few years from now!)

Plotting is another of Casey’s major strengths and this one is particularly convoluted. It soon transpires that the street is filled with people with secrets and jealousies, and Kate, Chloe’s mum, seems to have been at the centre of many of them. Chloe is staying with her friend Bethany and her parents, an ultra-religious family who belong to a church that’s not quite a cult, but is tending in that direction. Chloe herself is, perhaps, a bit slow intellectually – certainly her mother had been keen to have her diagnosed as such – but some people think she’s more intelligent than she seems. She’s also physically attractive, all of which makes her vulnerable to any unscrupulous predators she might meet.

As always, the writing is excellent and there’s plenty of humour to lighten up the tone. It’s narrated by Maeve in the first person, past tense, so that we’re privy to her thoughts and her rather spiky comments about her colleagues. Her relationship with Josh is more equal now that she’s been promoted – he’s still her superior, but she’s no longer the new girl. He’s still just as protective towards her though, which she appreciates even though it annoys her sometimes. And it’s nice to see his softer side peeking through now that he has his little family to humanise him.

This one would work fine as a standalone, though as usual I’d recommend reading this series in order, starting with The Burning, to get the full benefit of the characterisation, and especially the development of Maeve’s unlikely friendship with Josh. Great to have them back in action, and here’s hoping we don’t have to wait too long to see them again!

NB This book was provided for review by the publisher, HarperCollins. 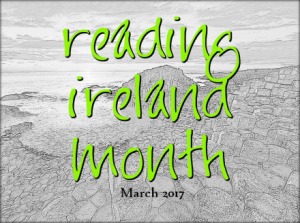 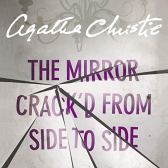