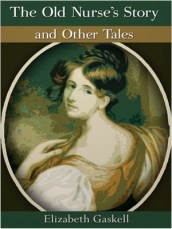 I had no idea Mrs Gaskell had written ghost stories till I read about it on Helen’s great blog, She Reads Novels. Helen said “I love Gaskell’s writing and this is an excellent example of a Victorian ghost story.” So of course I had to seek it out, since it sounds perfect for these dark nights and for this week’s…

The old nurse Hester is telling the children in her care a story about their own mother, whom she also nursed back when she herself was a young girl.

There never was such a baby before or since, though you’ve all of you been fine enough in your turns; but for sweet, winning ways, you’ve none of you come up to your mother. She took after her mother, who was a real lady born; a Miss Furnivall, a grand-daughter of Lord Furnivall’s, in Northumberland.

Sadly, little Miss Rosamond was orphaned when she only about four or five. On her death-bed, her mother made Hester promise never to leave the child, to which Hester willingly agreed since she was devoted to Rosamond. Now Rosamond’s guardians have arranged for them to go to live with an elderly relative of Rosamond’s mother, Miss Grace Furnivall, in a rambling old house in Northumberland…

…we saw a great and stately house, with many trees close around it, so close that in some places their branches dragged against the walls when the wind blew, and some hung broken down; for no one seemed to take much charge of the place; – to lop the wood, or to keep the moss-covered carriage-way in order. Only in front of the house all was clear. The great oval drive was without a weed; and neither tree nor creeper was allowed to grow over the long, many-windowed front; at both sides of which a wing projected, which were each the ends of other side fronts; for the house, although it was so desolate, was even grander than I expected. 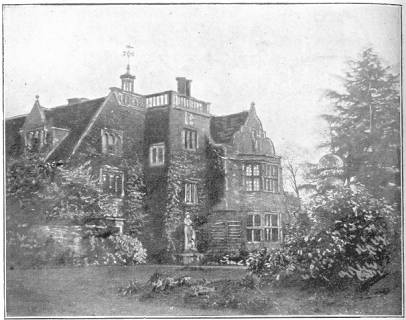 At first, all is well. Miss Furnivall is old and rather grim and sad, as is her servant and life-long companion Mrs Stark, but they grow to love the child, and the servants of the house are warm and friendly, welcoming both Hester and Rosamond into their lives. But gradually strange things begin to happen…

As winter drew on, and the days grew shorter, I was sometimes almost certain that I heard a noise as if some one was playing on the great organ in the hall. I did not hear it every evening; but, certainly, I did very often, usually when I was sitting with Miss Rosamond, after I had put her to bed, and keeping quite still and silent in the bedroom. Then I used to hear it booming and swelling away in the distance. The first night, when I went down to my supper, I asked Dorothy who had been playing music, and James said very shortly that I was a gowk to take the wind soughing among the trees for music; but I saw Dorothy look at him very fearfully, and Bessy, the kitchen-maid, said something beneath her breath, and went quite white.

The servants keep up the pretence that nothing is wrong, and Hester is young and brave, so she doesn’t let it bother her. But then, one cold, snowy winter’s evening, Hester returns from church to discover that Rosamond is missing, the only clue to where she has gone her little footsteps in the snow. 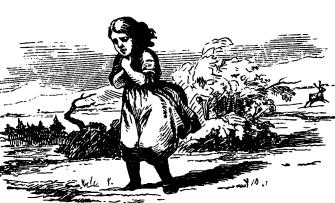 When Hester tells Miss Furnivall what has happened, she is shocked and terrified by the old lady’s reaction…

…she threw her arms up – her old and withered arms – and cried aloud, “Oh! Heaven forgive! Have mercy!”

Mrs. Stark took hold of her; roughly enough, I thought; but she was past Mrs. Stark’s management, and spoke to me, in a kind of wild warning and authority.

“Hester! keep her from that child! It will lure her to her death! That evil child! Tell her it is a wicked, naughty child.” Then, Mrs. Stark hurried me out of the room; where, indeed, I was glad enough to go; but Miss Furnivall kept shrieking out, “Oh, have mercy! Wilt Thou never forgive! It is many a long year ago”

Another great one this week! As soon as we get the description of the crumbling old mansion, dark and gloomy because of the crowding unkempt trees and with, of course, a wing sealed off, we know we’re in for a Gothic treat. The writing is excellent as you’d expect, perfectly suited to this style of storytelling. The story starts off slow, giving us time to grow to care about Hester and little Rosamond; and then Gaskell starts to build the tension, gradually at first with the mysterious organ playing, then bit by bit getting creepier and scarier till it reaches its dramatic climax. Along the way, it tells a dark story about pride, jealousy, sibling rivalry, guilt… and awful revenge! The moral of the story is clear…

So true! Thank goodness I was perfect in every way in my youth, but the rest of you must be so worried!