Remarkably, despite my ongoing Moby-Dick inspired reading slump, the TBR has remained static on 181. This is because I have resisted all of NetGalley’s temptations for several weeks now. Of course I still have a massive backlog of review copies to clear though – 38 at the current count!

Here are a few I hope to get to soon…

Courtesy of Princeton University Press. It’s more than possible this will be way over my poor befuddled head, but it sounds great, so fingers crossed…

The Blurb says: Welcome to the Universe is a personal guided tour of the cosmos by three of today’s leading astrophysicists. Inspired by the enormously popular introductory astronomy course that Neil deGrasse Tyson, Michael A. Strauss, and J. Richard Gott taught together at Princeton, this book covers it all–from planets, stars, and galaxies to black holes, wormholes, and time travel.

Describing the latest discoveries in astrophysics, the informative and entertaining narrative propels you from our home solar system to the outermost frontiers of space. How do stars live and die? Why did Pluto lose its planetary status? What are the prospects of intelligent life elsewhere in the universe? How did the universe begin? Why is it expanding and why is its expansion accelerating? Is our universe alone or part of an infinite multiverse? Answering these and many other questions, the authors open your eyes to the wonders of the cosmos, sharing their knowledge of how the universe works.

Breathtaking in scope and stunningly illustrated throughout, Welcome to the Universe is for those who hunger for insights into our evolving universe that only world-class astrophysicists can provide.

The book on which the movie The Lady Vanishes is based, this is one of my Classics Club selections and will also give me an excuse to rewatch one or more versions of the film…

The Blurb says:  Iris Carr is a beautiful, young socialite on her way back home to England after vacationing in Europe. Feeling terribly alone and afraid, she finds comfort in the company of a strange woman she knows only as Miss Froy. But comfort soon turns to horror when Miss Froy mysteriously vanishes without a trace. Fearing madness, risking death, Iris desperately tries to solve the sudden disappearance of her traveling companion-a woman no one else on the journey remembers seeing at all!

The Great American Novel Quest is in serious trouble after a series of what I shall euphemistically call less than stellar reads – Absalom! Absalom!, Americanah and the ongoing Moby-Dick débâcle. I wish I could convince myself Gilead is the book which will turn it around…

The Blurb says: A hymn of praise and lamentation from a 1950s preacher man. A testament to the sacred bonds between fathers and sons. A psalm of celebration and acceptance of the best and the worst that the world has to offer. This is the story of generations, as told through a family history written by Reverend John Ames, a legacy for the young son he will never see grow up. As John records the tale of the rift between his own father and grandfather, he also struggles with the return to his small town of a friend’s prodigal son in search of forgiveness and redemption.

The winner of two major literary awards and a New York Times Top 10 Book of 2004, Gilead is an exquisitely written work of literary fiction, destined to become a classic, by one of today’s finest writers.

I’ve seen several glowing reviews for this collection (sorry, I didn’t take a note of which bloggers) and left a comment on one saying I must read it, after which the author contacted me and kindly offered me a copy. Sounds wonderful…

The Blurb says: This beautifully written short story collection is inspired by coastal England, by the landscape and its flora and fauna, as well as by its folklore and historical and cultural heritage. Several of the stories focus on a bird, animal, wildflower, or insect characteristic of the locality, from barn owl to butterfly. The book might be described as a collection of ghost stories; in fact, while one or two stories involve a more or less supernatural element, each of them deals in various ways with the tug of the past upon the present, and explores how past and present can intersect in unexpected ways. 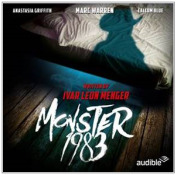 Courtesy of Audible via MidasPR. Although I haven’t been listening to many audiobooks recently, I couldn’t resist this one when it was offered. I’ve enjoyed some of these full cast audio presentations in the past – they keep my attention better than most straight narrations, and this one has the delectable Marc Warren in it… they always describe him as “from Hustle” but he’ll always be Monks from Alan Bleasdale’s weird but oddly wonderful adaptation of Oliver Twist to me…

Drawing influences from Poltergeist, Stand By Me and E.T. and other Spielberg classics, the story unfolds in the small coastal town of Harmony Bay, Oregon. Still reeling from a sudden and profound family tragedy, Sheriff Cody uproots his elder son Michael, and younger daughter Amy, from the chaos of Orlando to begin a new, more relaxed life in the Beaver State. Soon after their arrival however, this new-found tranquillity is disturbed by a succession of brutal but mysterious deaths. As the plot twists and turns its way through small-town secrecy, psychiatry wards and the supernatural, Cody comes under increasing pressure to solve each new case whilst keeping his family safe from harm.

NB All blurbs taken from Goodreads, except for Monster 1983, which is taken from the publicity release. 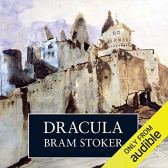