Since this is the 100th TBR Thursday post, I thought I’d do something a bit different and create a little tag! This way I’m sure to only get questions I can answer…surely…

What is the 100th book on your TBR list? (In the unlikely event that you don’t have 100 books on your TBR, what book’s been on there longest?)

Dissolution by CJ Sansom – a re-read! I’d really like to re-read the entire Shardlake series from the beginning – without a doubt my favourite historical fiction series of all time.

Open your current book to page 100 (or randomly, if you don’t have page numbers on your e-reader) and quote a few sentences that you like.

“Be careful in the hunt, ye mates. Don’t stave the boat needlessly, ye harpooners; good white cedar plank is raised full three per cent within the year. Don’t forget your prayers, either. Mr Starbuck, mind that cooper don’t waste the spare staves. Oh! And the sail-needles are in the green locker. Don’t whale it too much a’ Lord’s days, men; but don’t miss a fair chance either, that’s rejecting Heaven’s good gifts. Have an eye to the molasses tierce, Mr Stubb; it was a little leaky, I thought. If ye touch at the islands, Mr Flask, beware of fornication. Good-bye, good-bye!”

From Moby-Dick by Herman Melville

M-D is without doubt up there with the most boringly tedious books I’ve ever read, and I doubt I’ll be finishing it. I quite like this quote, though, for the nicely mixed concern for the souls of the sailors and the profits of the voyage. It reminds me a little of poor Shylock and his “My daughter, oh my ducats” speech. Plus, “beware of fornication” made me laugh…

When you are 100, what author(s) do you know you will still be re-reading regularly? (This should be an easy one for those of you who are already over 100…)

I don’t know if I’ll have time for re-reading, since I’ll probably be about half-way through Moby-Dick by then, but…

Austen, Dickens, Wodehouse. I can’t imagine life without these three writers. However, I hope I’ll still be reading new stuff too. By that time, I hope some of the exciting new, young writers of today will be respected heavyweights in the world of fiction – Patrick Flanery, Suzanne Rindell, Emma Cline, Aatish Taseer, Hannah Kent – and new generations will have followed them into the spotlight. Exciting, isn’t it?

Sadly, my 100th post was a slate of The Village by Nikita Lalwani – and yes, I still agree with every word I wrote back then… and I still shudder at this quote from it…

She could hear the hysteric sound of the water pump, calling her with the pleading sound of a trumpeting animal, curtailed after several pushes only to be started again.

It’s a pity it’s a rip though, because contrary to popular belief I like or love by far the majority of books I read… 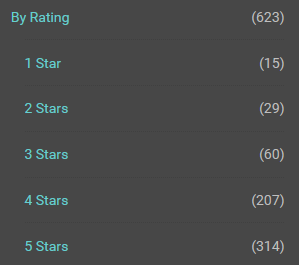 Name a book you love that has less than 100 pages. Why do you love it?

The Visitor by Maeve Brennan. I said in my review “It is a wonderful study of loneliness, self-absorption and selfishness, of thwarted love, both romantic and familial, and of a longing for that nebulous thing we call ‘home’.” This short novella shows that it’s not necessary to use hundreds of pages of waffle to create fully-rounded, unforgettable characters, nor to say something profound about human nature. (*glances askance at Moby-Dick*) I’ve grown to appreciate the novella form more and more over the last few years – the length of the book should be determined by the complexity of the story to be told. (Donna Tartt et al, please note.)

If someone gave you £100, what would be the five books you would rush to buy? (Should there be any change, please consider contributing it to the FictionFan Home for Unwanted Chocolate…)

Since my wishlist currently has about 200 books on it, this was not an easy choice, but I’m always looking to add books that will meet my various challenges and eclectic tastes…

Midnight’s Children by Salman Rushdie. Part of my 5-star list – authors I have loved and would like to read more of. Rushdie got on the list for wowing me with the delicious Two Years, Eight Months and Twenty-Eight Nights.

Picnic at Hanging Rock by Joan Lindsay. My Film of the Book wishlist is massive and growing! I loved this film when I saw it as a teenager, and have never seen it again since. And the book has been highly recommended by several people. So I’d splash out and buy both book and DVD.

A Daughter’s Love by John Guy. Guy is one of my favourite historians, specialising in the Tudor era, and I’ve read nearly all of his major books now except this one, about Margaret, daughter of Thomas More.

The Postman Always Rings Twice by James M Cain – on my Classics Club list and yet another Film of the Book entry, though in this case it would strictly speaking be the book of the film, since I’ve seen the film multiple times and love it, but have never read the book.

The Young Lions by Irwin Shaw. The Great American Novel Quest has gone horribly wrong recently with several abandoned for the crime of being intensely dull (*doesn’t mention Moby-Dick*), so I urgently need a good one to get back on track. This one sounds like it could be great.

What book do you expect to be reading 100 days from now?

I’m tempted to say Moby-Dick, but…

Tricky since I’ve only planned up to the end of December, but looking at outstanding review copies, I think I’ll be reading Above the Waterfall by Ron Rash – I very much enjoyed his earlier book The Cove, so have high hopes for this one.

The Blurb says: Les, a long-time sheriff nearing retirement, contends with the ravages of poverty and crystal meth in his small Appalachian town. Nestled in a beautiful hollow of the Appalachians, his is a tight-knit community rife with secrets and suspicious of outsiders. Becky, a park ranger, arrives in this remote patch of North Carolina hoping to ease the anguish of a harrowing past. Searching for tranquility amid the verdant stillness, she finds solace in poetry and the splendor of the land.

A vicious crime will plunge both sheriff and ranger into deep and murky waters, forging an unexpected bond between them. Caught in a vortex of duplicity, lies, and betrayal, they must navigate the dangerous currents of a tragedy that turns neighbor against neighbor—and threatens to sweep them all over the edge.

Looking at The Guardian’s list of “The 100 greatest novels of all time”, how many have you read? Of the ones you haven’t, which ones would you most like to read? And which will you never read?

Tragically, I’ve only read 38 of these, mostly older ones. The one I’d most like to read is either Song of Solomon by Toni Morrison, having been blown away by Beloved, or Things Fall Apart by Chinua Achebe, just because it sounds so good. I will never read Ulysses (I have an unaccountable dislike of gobbledegook) or As I Lay Dying by William Faulkner (once bitten, twice shy!).

Free Question – Create a 100 themed question of your own choice and answer it.

OK – my question is: Which TV adaptation of a book could you watch 100 times? (Oh, you knew he’d be here somewhere…)

(Kidding! Unless you really want to, of course…)

And in the spirit of the theme, I tag the first 100 people to read this post…