It’s 1943, and the Allies rely on the shipping convoys from the US to keep their battered countries fed and munitioned. The tide has been flowing in the Allies favour since the German Enigma codes were broken at Bletchley Park in the South of England. But now the Germans have changed the U-boat code, threatening not only individual convoys but the entire defeat of the Allied forces. Tom Jericho, hailed as one of the most brilliant codebreakers, is on a break, suffering from a combination of stress, overwork and a broken heart over a girl named Claire. But with this new threat, despite his fragile health, he’s urgently needed back in Bletchley. And when he gets there, he discovers Claire is missing…

In my review, I described the novel as a masterclass in how to write a book, so the film had a high standard to reach. Unfortunately, this is one case where making a direct comparison worked significantly to the detriment of the film.

The first thing I noticed was how brightly shot and coloured the movie is. England looks like a green and pleasant land. Normally I’d appreciate this kind of visual treat, but the book shows a much bleaker England, where everything is cold and grey, where three years of war have taken their toll on the land and environment as much as on the people, who are tired and undernourished. The film mentions briefly the lack of normal foodstuffs, but gives no real feeling for the deprivations people were undergoing. The same applies to the cold – with coal rationing meaning that even indoors heating was barely adequate. In the film, the sun shines constantly. As a result, the atmosphere that Harris creates in the book of a country struggling to survive, desperate for the supplies sent from the US on shipping convoys, never really materialises.

While both Dougray Scott and Kate Winslett give fine performances, neither of them convinced me as the characters from the book. Scott is too old to be a man so thrown by losing his first love that he has a breakdown. One wonders why he has never been in love before, and also why he would have been naive enough to fall so heavily for Claire or believe that she had fallen for him. Winslett, one of my favourite actresses, is way too beautiful to be Hester. I had an urgent desire to tell Apted that sticking a pair of specs on a beautiful woman does not make her plain – I thought we’d got past that stereotype around about the same time as we came out of rationing.

Of course, it was important in the film that Hester was beautiful because the decision had been made, in typical Hollywood style, to have Jericho and Hester fall in love, and women, as we know, can only attract a man by being beautiful – in Hollywood. I don’t know whether that’s more insulting to men or women, in truth. But it did make me laugh that as she evolved into the love interest, Hester wore her specs less and less till eventually they disappeared altogether. Apparently it’s still true that men don’t make passes at girls who wear glasses! 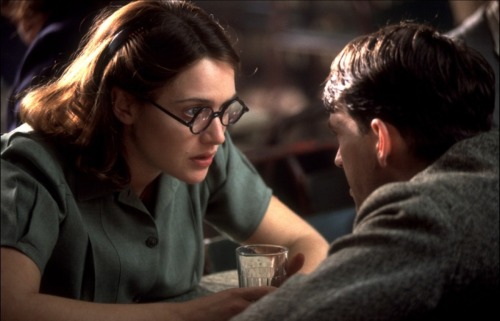 Apart from the insertion of the love story, the film sticks pretty closely to the underlying plot of the book, though in a somewhat abridged form due to time constraints. However, there are some major changes towards the end in the way the story plays out. I could understand why this had been done – the climax of the book doesn’t have the level of action we’ve come to expect from movie thrillers – and it didn’t hugely affect the overall storyline. But it did lead to some clumsiness that again took away from the authenticity of the wartime atmosphere. Trying to avoid spoilers, the idea that Jericho could suddenly decide to drive hundreds of miles with no word of where he might have got strictly rationed petrol was nearly as ridiculous as the suggestion that the police could search a car and not notice a massive great machine hidden under the folded-down roof. I didn’t mind that they changed the way the story played out, but I was irritated by the fact that they didn’t make enough effort to keep it credible. 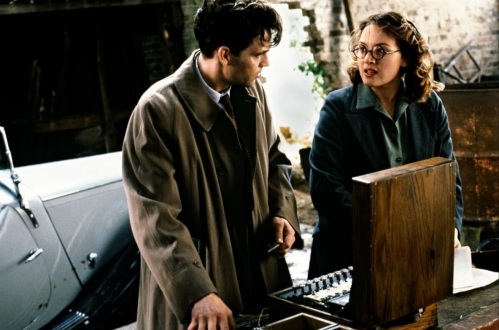 The abridgement of the story also led to an awful lot of plot explanation being done by the device of characters telling each other things they would already have known. At the beginning, Jericho kindly explains to the Americans how Enigma worked – considering they had been working on building their own code-breaking machines for months, this seemed a little unnecessary. And the code-breakers too kept explaining to each other how they went about their jobs. Again, possibly for time or budget constraints, some scenes that I felt would have worked brilliantly on screen simply didn’t appear and again were quickly glossed over with a line or two of dialogue – for example, the heroic retrieval from a sinking U-boat of the original codebooks that gave the codebreakers the information they needed to break the Enigma codes.

I know I’ve been highly critical of the film, but the criticisms are mainly in terms of comparison to the book. Without that comparison it’s an enjoyable movie, though it doesn’t have the same levels of atmosphere, depth and authenticity that made the book so exceptional and, where changes have been made, they’ve been made clumsily. One where I think the movie would actually have worked much better for me if I’d watched it before I’d read the book, and thus had lower expectations.

So it will be no surprise to learn that… 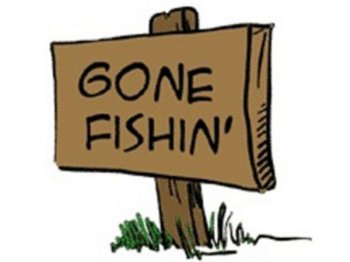 …that the venue for the US Open at Flushing Meadows is built on the site that apparently inspired the Valley of Ashes in The Great Gatsby? 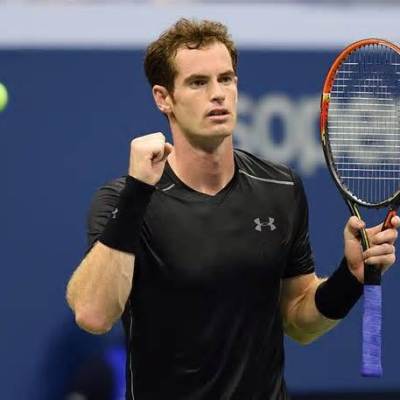 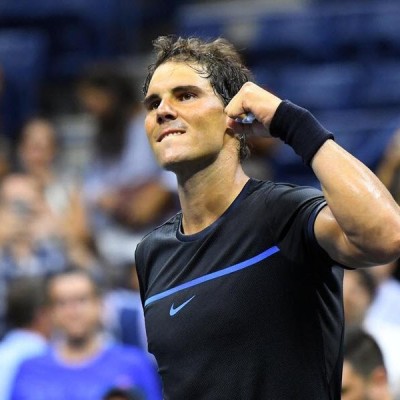 37 thoughts on “Film of the Book: Enigma”