This book, set in the 1950s, takes us from small town Ireland to Brooklyn in the company of Eilis Lacey, a young girl forced into economic migration through lack of employment and the expectations of her family. Though told in the third person, we see through Eilis’ eyes as we get to know about her life in Ireland with the mother and sister she loves, with friends and roots in a community she has known all her life; then we follow her as she is transplanted to Brooklyn, where she has the support of the Irish community, still strongly under the sway of the Roman Catholic church, but where she is so far away from her family, friendless and emotionally alone.

I’m going to start by saying I think this is a wonderful film that gets Tóibín’s quiet emotionalism and gentle humour perfectly. The acting is brilliant all round and Saoirse Ronan’s central performance as Eilis Lacey thoroughly deserves all the awards nominations it has received. It’s beautifully filmed. Although I understand most of the Brooklyn scenes were actually shot in Canada, they nonetheless feel entirely authentic, but the Ireland scenes are fabulous, showing to full effect the gorgeous scenery and lush greenness of the Emerald Isle. It’s a special treat that some of the scenes are shot in Toibin’s own birthplace of Enniscorthy, the place where so many of his novels are set.

However, this slot is all about comparison and, although the film sticks very closely to the plot of the novel, for me there were some significant differences in emphasis that somewhat changed what I thought of as the central themes.

(There may be some fairly major spoilers ahead – I shall try to be oblique, but if you are proposing to read the book or watch the film in the near future, I suggest you may not want to read the rest of this post.)

There are four things in particular that I feel change the interpretation – the speed with which the film gets her to Brooklyn, Eilis’ family, the love affairs and, most of all, Eilis’ personality.

In the book, much more time is spent in Ireland before Eilis boards the ship for America, during which we see her as having very little say in her own future. It is the 1950s, opportunities in Ireland are scarce and many of the young people are forced away from the country to look for employment. Eilis herself, however, doesn’t want to go and isn’t consulted when her sister and mother decide what is best for her. It gives a real and believable picture of a society where young people were still expected to conform to decisions made for them by parents and community, before the rebelliousness and individualism of the sixties had begun. The film, constrained no doubt by time, hints too quickly at this, thus missing some of the deep sorrow of forced migration. It feels as if Eilis is going to America to look for opportunity, rather than going from Ireland because of lack of opportunity – a subtle difference but, I felt, an important one.

In the film, Eilis’ family consists of herself, her mother and her sister. In the book, she has brothers, who have also been forced from home and are now living and making a life for themselves in Liverpool, as so many Irish people did. They don’t appear much in the book, but I felt they were important for a couple of reasons. Firstly, they provide a much wider picture of the Irish diaspora. Secondly, they are much closer to home and within relatively easy visiting distance. This means Eilis’ mother is not so solitary as the film makes her seem when tragedy strikes. She has family around her – it is, in fact, Eilis, so far away, who is completely isolated and alone. And when Eilis makes her final decision, in the film it seems so harsh because her mother is so alone, but in the book, her mother seems more selfish, and we see how it is daughters rather than sons who are expected to make sacrifices for their parents. (Also, the letter to Eilis from one of her brothers after the tragedy is the single most moving part of the book for me, and obviously it disappeared from the film along with him.) 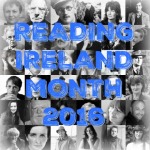 In the film, the love affairs are central – in the book, I felt they were less so. The focus of the book is on homesickness and the gradual creation of a new life. Obviously, Tony, the American love interest, is part of that, but Eilis is not bowled over by him the way she is in the film. Again the differences are subtle, but Eilis almost clung to Tony because of her loneliness and one was never quite sure of the depth of her feeling towards him. The same could be said about Jim – his plot purpose in the book was not to rend her heart between two lovers, but to provide a way for her to stay in Ireland.

That may make Eilis sound cool and pragmatic, which would be about right. In the film she is a passionate, confident young woman. In the book, she is a passive heroine, a young girl, trying to please everyone, and constantly swayed by people older or with stronger personalities than her own. In fact, the book is exactly about her growing up, maturing to the point where she finally begins to make her own decisions – and, in both book and film, even her final decision is forced on her rather than being made of her own volition. In the book, that made sense because of the passive nature of her character – what else could she possibly have done? The book Eilis would never have considered withstanding a scandal – the film Eilis, it seems to me, could have found other options had she wanted. In the film, this is a girl torn between two lovers, but in the book, she’s torn between the circumscribed but safe certainties of life in her old country and the risks and opportunities in her new world. In the film, we know that love conquers all. In the book, as Eilis made her last voyage, this reader wasn’t so sure…

The differences are subtle, of tone rather than of story and, as always, come down to a matter of personal interpretation. None of the above should be seen as criticism, however. It is merely a comparison. I repeat – a brilliant film that gets my highest recommendation!

But for its added depth and subtlety…

54 thoughts on “Film of the Book: Brooklyn”