The first batch of ten contenders produced some fantastic reads, but so they should have since they were carefully chosen as some of the traditional front-runners in the race to be The Great American Novel. However, the list was also heavily weighted towards Dead White Men, with the addition of the occasional living one. All white and only one woman. This time round I’ve selected a rather more diverse group – 6 from the pens of female writers, three of whom are black, and a couple of recent books that haven’t been around long enough for us to know what their eventual status will be.

For the elusive fifth flag, it must capture the entire ‘American experience’. That is to say, it must seek to include all the various very different aspects of culture that make up the American whole.

…though I would (and did) argue that American Pastoral does. I’ve found coming up with a revised fifth criterion that’s better than this one to be impossible also – to skew it so that favourite books can get in would certainly increase the number but would kind of take away the point, which is surely that The Great American Novel is one of the rarest of beasts, perhaps mythical. And entirely subjective.

But, to be honest, the quest is more about finding Great American Novels in general than identifying one ‘winner’, so I’m quite content that several in this second batch are unlikely to be The GAN. I’m hopeful that some will be GANs and that more will be great novels. And if one of them happens to gain the elusive fifth flag, then that will be an added bonus. 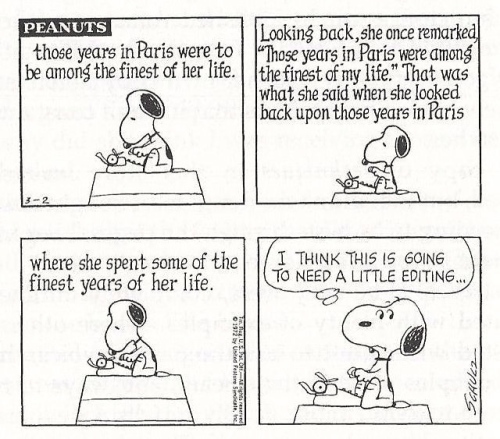 So… a drum roll, maestro, please… for…

.
Beloved by Toni Morrison – “Staring unflinchingly into the abyss of slavery, this spellbinding novel transforms history into a story as powerful as Exodus and as intimate as a lullaby. Filled with bitter poetry and suspense as taut as a rope, Beloved is a towering achievement by Nobel Prize laureate Toni Morrison.“

Their Eyes Were Watching God by Zora Neale Hurston – “When Janie, at sixteen, is caught kissing shiftless Johnny Taylor, her grandmother swiftly marries her off to an old man with sixty acres. Janie endures two stifling marriages before meeting the man of her dreams, who offers not diamonds, but a packet of flowering seeds …”

Americanah by Chimamanda Ngozi Adichie – “a story of love and race centered around a young man and woman from Nigeria who face difficult choices and challenges in the countries they come to call home. Fearless, gripping, at once darkly funny and tender, spanning three continents and numerous lives, Americanah is a richly told story set in today’s globalized world: Adichie’s most powerful and astonishing novel yet.“

Moby Dick by Herman Melville – “ In part, Moby-Dick is the story of an eerily compelling madman pursuing an unholy war against a creature as vast and dangerous and unknowable as the sea itself. But more than just a novel of adventure, more than an encyclopaedia of whaling lore and legend, the book can be seen as part of its author’s lifelong meditation on America.“

Absalom! Absalom! by William Faulkner – “The story of Thomas Sutpen, an enigmatic stranger who came to Jefferson in the early 1830s to wrest his mansion out of the muddy bottoms of the north Mississippi wilderness. He was a man, Faulkner said, ‘who wanted sons and the sons destroyed him.'”

Gone with the Wind by Margaret Mitchell – “Many novels have been written about the Civil War and its aftermath. None take us into the burning fields and cities of the American South as Gone With the Wind does, creating haunting scenes and thrilling portraits of characters so vivid that we remember their words and feel their fear and hunger for the rest of our lives.”

The House of Mirth by Edith Wharton – “The tragic love story reveals the destructive effects of wealth and social hypocrisy on Lily Bart, a ravishing beauty. More a tale of social exclusion than of failed love, The House of Mirth reveals Wharton’s compelling gifts as a storyteller and her clear-eyed observations of the savagery beneath the well-bred surface of high society.“

Middlesex by Jeffrey Eugenides – “Middlesex tells the breathtaking story of Calliope Stephanides, and three generations of the Greek-American Stephanides family, who travel from a tiny village overlooking Mount Olympus in Asia Minor to Prohibition-era Detroit, witnessing its glory days as the Motor City and the race riots of 1967 before moving out to the tree-lined streets of suburban Grosse Pointe, Michigan.“

Uncle Tom’s Cabin by Harriet Beecher Stowe – “Stowe’s powerful abolitionist novel fueled the fire of the human rights debate in 1852. Denouncing the institution of slavery in dramatic terms, the incendiary novel quickly draws the reader into the world of slaves and their masters.”

Gilead by Marilynne Robinson – (carried over from the first batch) “an intimate tale of three generations from the Civil War to the twentieth century: a story about fathers and sons and the spiritual battles that still rage at America’s heart. Writing in the tradition of Emily Dickinson and Walt Whitman, Marilynne Robinson’s beautiful, spare, and spiritual prose allows “even the faithless reader to feel the possibility of transcendent order” (Slate).“

(NB All blurbs taken from Goodreads.)

Many thanks to everyone who has joined in the discussions and/or suggested contenders. I have another 25 or so still to come after this, but am still looking for recommendations. I’d particularly like to add some more cultural diversity to the list (there are no black male authors on it, for example, and none from authors with Latin-American or, indeed, Native American heritage). Also, more women are needed to even things up a bit – there are very few female authors amongst the remaining 25, since I’ve included most of the ones on my list in this batch. And I’d love to mix some outstanding modern American fiction (1980 to 2010, say) in with the classics, whether they would be contenders for GAN status or not. For preference, though, they should shed some light on that great conundrum which is America.

So… what do you think of the list? Are there ones that you would endorse… or dump? Any recommendations?