…for this year’s nominees and winners of the annual FictionFan Awards of 2014 in the Genre Fiction Category.

In case any of you missed them last week (or have forgotten them – you mean you don’t memorise every word I say?), a quick reminder of the rules…

All nominees must be books I’ve read and reviewed between November 2013 and October 2014 regardless of publication date, but excluding re-reads. The books must have received a 5-star rating.

I guarantee to read the authors’ next book even if I have to buy it myself!

This is a new category, created because I’ve read several things this year that don’t quite fall into any of the others. The Transwarp Tuesday! and Tuesday Terror!  features have led to me reading considerably more horror, sci-fi and fantasy than I have done for years, and I’ve also enjoyed a tiny foray into graphic novels. So, since I had to think of a catch-all title for all these bits of things, Genre Fiction it is. And I must say some of my most enjoyable reads this year have come from this new category. An almost impossible choice, especially with the ‘comparing apples with oranges’ effect of this mixed-bag category, and as I type this I’m still not totally sure who the winner will be…

The Birds and Other Stories by Daphne du Maurier

There are some true standouts in this collection of six stories, and if you don’t believe me, believe Alfred Hitchcock. As well as the title story, I loved The Apple Tree best, but the whole collection gives a great flavour of du Maurier’s style – rarely overtly supernatural and using elements of nature to great effect in building atmospheres filled with tension. From mountains to lakes, bright summer to freezing winter, frightening trees to terrifying birds, nothing can be taken at face value in du Maurier’s world. And her trademark ambiguity leaves room for the reader to incorporate her own fears between the lines of the stories – truly chilling.

This is an utterly charming, witty and affectionate adaptation with some really fabulous artwork by Po Tse, (who is apparently a manga-ka, whatever that might be). Apart from the cover all the artwork is black and white, which apparently is the norm for manga, but this really doesn’t detract from the enjoyment. Most of the social commentary has been thrown out, but all the fun and romance of the original has been retained – enhanced, even – by the great marrying together of the original text with a beautifully modern outlook. I can see how this adaptation might annoy Austen purists (and you know that usually includes me). But this is done with such skill and warmth that it completely won me over. I adored it and I’m not alone, it seems – the book is through to the semi-finals in the Best Graphic Novels and Comics category of the Goodreads Choice Awards 2014 (not quite as prestigious as the FF Awards, but not bad…)

Click to see the full review and other illustrations 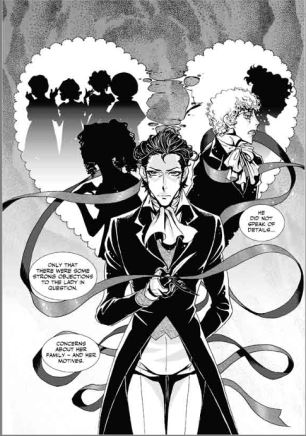 The Martian by Andy Weir

After an accident during a dust storm, Mark Watney finds himself alone on Mars. His colleagues in the Ares 3 expedition believed he was dead and were forced to evacuate the planet while they still could, leaving him to survive alone until a rescue attempt can be made. This is a fantastic adventure story set in the near future. It only just scrapes into the sci-fi category since all the science and equipment is pretty much stuff that’s available now – and though it’s chock full of science and technology, it’s presented in a way that makes it not just interesting but fun. Mark is a hero of the old school – he just decides to get on with things and doesn’t waste time angsting or philosophising. And he’s got a great sense of humour which keeps the whole thing deliciously light-hearted. It reminded me of the way old-time adventure stories were written – the Challenger books or the Quatermain stories mixed with a generous dash of HG Wells – but brought bang up to date in terms of language and setting. Superb entertainment! 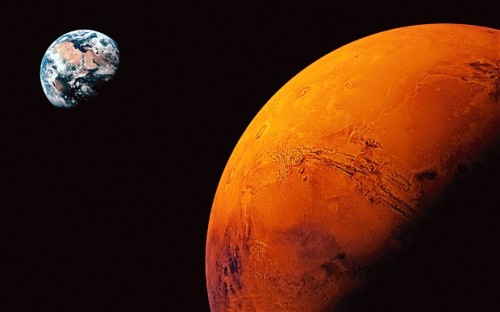 A Princess of Mars by Edgar Rice Burroughs

Our hero John Carter is transported to Barsoom (Mars) and must save not only his own life but his beloved Princess, Dejah Thoris. A surprise hit – I truly expected to dislike this and ended up enjoying it so much I went on to read the first sequel and watch the movie. And I suspect I’ll be reading the later sequels too sometime. It’s silly beyond belief and, even making allowances for the fact that it was written in 1911, the ‘science’ aspects are…unique! But it’s hugely imaginative and a great old-fashioned heroic adventure yarn, from the days when men were men and damsels were perpetually in distress. The action never lets up from beginning to end, from one-to-one fights to the death, attacks by killer white apes, all the way up to full-scale wars complete with flying ships and half-crazed (eight-limbed) thoats. Great escapist fantasy, with action, humour and a little bit of romance – plus Woola the Calot! What more could a girl want? (And see? I didn’t even mention the naked people… 😉 )

You ask me if I can forgive myself?

So starts this dark tale of a journey, a quest into the Black Mountains to find a cave – to find the truth. Our narrator is a small man, a dwarf, but he’s strong and he’s driven; by what, we don’t yet know but we feel a slow anger in him, an undiminished determination despite his ten year search for the object of his obsession. As we meet him, he is about to hire a guide, Calum MacInnes, to take him to a cave on the Misty Isle which is reputed to be filled with gold…

This book is nothing less than stunning. Gaiman’s wonderfully dark story is equalled and enhanced by the amazingly atmospheric illustrations of Eddie Campbell. The two elements – words and pictures – are completely entwined. There’s no feeling of the one being an addition to the other – each is essential and together they form something magical. The story is by turns moving, mystical, dramatic, frightening; and the illustrations, many of them done in very dark colours, create a sense of mirky gloom and growing apprehension. Words, pictures and production values of the hardback combine to make this a dark and beautiful read – a worthy winner!

Click to see the full review and other illustrations