When the legs and head of a beautiful young woman are found in two boxes in the Left Luggage office at Brighton station, something about the body makes Detective Inspector Edgar Stephens think of an old magic trick, the Zig Zag Girl. But when the missing torso turns up in a box addressed to him under his old army title of Captain, he begins to realise that whatever the motive is, it’s personal. So he turns for advice to top stage magician, Max Mephisto, who served with him during the war in a top-secret unit dubbed the Magic Men. Together they begin to investigate a crime that seems to be leading them back towards those days and to the small group of people who made up the unit.

As a fan of Elly Griffiths’ Ruth Galloway series, I’ve always had two small reservations. The first is that they’re written in my pet-hate, first person, present tense, and the second is that because Ruth is not with the police, her links to the various crimes are often tenuous and a bit unbelievable. So it was a delight to me to see that this one stars a policeman and is written in the third person past. Griffiths tells us in the afterword that her grandfather was a music hall comedian and that her mother grew up in the world of theatrical digs and itinerant performers. The book is also based in Griffiths’ home town of Brighton. These things all come together to give the book a real feeling of authenticity, especially to the life of Max Mephisto, the co-hero, a top billing magician who is nevertheless aware that the old variety shows are beginning to lose their appeal.

Set in the early 1950s, the investigation is written more like the stories of that time than today’s police procedurals. This is a slower and less rule-bound world where it doesn’t seem odd for the detective to team up with an amateur, and Edgar and Max make a great team. As they travel around England interviewing their old colleagues, we find out more about their war-time past and the tragedy that affected the whole unit. Griffiths takes her time to reveal the story and paces it just right to keep the reader’s interest while maintaining the suspense. Being based around the world of variety shows, there’s a whole cast of quirky characters, from the rather nasty mind-reader and comic Tony Mulholland, to the glamorous female assistant Ruby, who wants to become a magician in her own right. We also meet some of the old army men – shouldn’t every mystery story contain at least one retired Major? And the two leads, Edgar and Max, are very well-drawn and likeable.

The rather seedy world of the performers is portrayed very credibly – lives spent touring round the various seaside resorts, living in dingy bed and breakfasts run by theatrical landladies, and performing night after night in the grand old theatres at the ends of piers. Griffiths shows us Brighton as it’s on the cusp of changing from its old-fashioned respectability to becoming the more violent and dangerous place it became in the late ’50s and ’60s. Both place and time are done very well, with the shadow of the war still hanging over the characters and the world they inhabit. With an intriguing, complex plot, an interesting slant on a unique (and not entirely fictional) aspect of the war, some very enjoyable humour and a touch of romance, this is a great mystery of the traditional kind – and, for me at least, a real step up from Elly Griffiths’ already high standards. Is this the start of a new series? I hope so…

70 thoughts on “The Zig Zag Girl by Elly Griffiths” 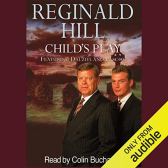