The TBR is sitting at a 112 – ridiculously high but heading downwards for once. Despite my iron willpower in requesting nothing from NetGalley and Amazon Vine, my fellow bloggers remain a souce of constant temptation – grrrr!! But I can’t add them all…so, yet again, I need your help in deciding, Which one deserves a coveted place on the TBR?

Here’s my shortlist – and they all look great! So which is it to be?  The winner will be announced next Thursday…

With my usual grateful thanks to all the reviewers who’ve intrigued and inspired me over the last few weeks, here are:

Rebecca Bradley says: “Then it happened, I looked at the book, looked at the clock and realised I couldn’t put the book down. There just wasn’t a chance it was going to leave my hands until I had got to the end. The tension had been ramped up. The behaviours and relationships were becoming stretched thin and yet the people within them didn’t seem capable of doing anything to stop what was happening and the strange thing was, I could completely see how that would happen.“

The Blurb – The Professor and the Madman, masterfully researched and eloquently written, is an extraordinary tale of madness, genius, and the incredible obsessions of two remarkable men that led to the making of the Oxford English Dictionary — and literary history. The compilation of the OED began in 1857 – it was one of the most ambitious projects ever undertaken. As definitions were collected, the overseeing committee, led by Professor James Murray, discovered that one man, Dr. W. C. Minor, had submitted more than ten thousand. When the committee insisted on honoring him, a shocking truth came to light: Dr. Minor, an American Civil War veteran, was also an inmate at an asylum for the criminally insane.

I Know What You Should Read says: “…by and large, the book reads like fiction—it is fast-paced, interesting, and exciting (War? Check! Murder? Check! Dismemberment? Check!). Appropriately, each chapter begins with an excerpted OED word entry that corresponds to an event or person highlighted in that chapter (the words range from “bedlam” to “sesquipedalian”). The words and definitions serve as a fun tie-in to the OED–they bring to life the work that is being discussed throughout the book.“

See the full review at I Know What You Should Read

The Blurb – Summer 1924 – On the eve of a glittering society party, by the lake of a grand English country house, a young poet takes his life. The only witnesses, sisters Hannah and Emmeline Hartford, will never speak to each other again.

Winter 1999 – Grace Bradley, ninety-eight, one-time housemaid of Riverton Manor, is visited by a young director making a film about the poet’s suicide. Ghosts awaken and old memories – long consigned to the dark reaches of Grace’s mind – begin to sneak back through the cracks. A shocking secret threatens to emerge, something history has forgotten but Grace never could.

Set as the war-shattered Edwardian summer surrenders to the decadent twenties, The House at Riverton is a thrilling mystery and a compelling love story.

What Amy Read Next says: “From the first paragraph this novel gripped me. The quote above, the novel’s opening paragraph, is one of the many beautiful passages evoking the haunting feel of war-time Britain, so intricately and vividly done that you can almost imagine yourself there. The House at Riverton is a beautifully written and enthralling read, perfect for fans of Daphne Du Maurier, Ian McEwan’s Atonement- and Downton Abbey.”

See the full review at What Amy Read Next

The Blurb – First published in 1959, Shirley Jackson’s The Haunting of Hill House has been hailed as a perfect work of unnerving terror. It is the story of four seekers who arrive at a notoriously unfriendly pile called Hill House: Dr. Montague, an occult scholar looking for solid evidence of a “haunting”; Theodora, his lighthearted assistant; Eleanor, a friendless, fragile young woman well acquainted with poltergeists; and Luke, the future heir of Hill House. At first, their stay seems destined to be merely a spooky encounter with inexplicable phenomena. But Hill House is gathering its powers—and soon it will choose one of them to make its own.

Cathy at 746 Books says: “The Haunting of Hill House is a taut and creepy master class in how to write a ‘ghost story’ that is as much about the demons of a haunted house as it is about the demons inside our own heads. Like all good ghost stories, Hill House offers some spine-tingling chills, but what the book really exudes is a lingering, oppressive sense of dread.”

See the full review at 746 Books

The Blurb – One snowy night a famous Hollywood actor slumps over and dies onstage during a production of King Lear. Hours later, the world as we know it begins to dissolve. Moving back and forth in time-from the actor’s early days as a film star to fifteen years in the future, when a theater troupe known as the Traveling Symphony roams the wasteland of what remains-this suspenseful, elegiac, spellbinding novel charts the strange twists of fate that connect five people: the actor, the man who tried to save him, the actor’s first wife, his oldest friend, and a young actress with the Traveling Symphony, caught in the crosshairs of a dangerous self-proclaimed prophet. Sometimes terrifying, sometimes tender, Station Eleven tells a story about the relationships that sustain us, the ephemeral nature of fame, and the beauty of the world as we know it.

wanderaven says: “You guys, this book is incredible. If, like me before reading this book, you read apocalyptic and cringe, please, please don’t move on. Does it help if I tell you that it is partially set in the current era, before the collapse of the world? Does it help if I tell you that much of the apocalyptic part is during the time immediately after the collapse so it’s all too painfully easy to imagine precisely what it would be like if this all happened to you today?”

See the full review at wanderaven

NB All blurbs and covers are taken from Goodreads.

An impossible choice, isn’t it? So…over to you! Choose just one or as many as you like – the book with most votes will be this week’s winner…

Hope you pick a good one! 😉 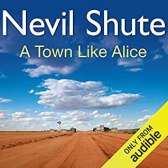