“I speak of Africa and golden joys…”

When Sir Henry Curtis’ brother George goes missing in Africa, Sir Henry and his friend, Captain Good, set out to find him. While they are en route to Natal, they meet up with Allan Quatermain, a local elephant hunter and adventurer, who is able to tell them that George had started out on a quest to find the fabled diamond mines of King Solomon. When Sir Henry asks if Quatermain believes in the existence of the mines, Quatermain replies that he had never paid too much heed to the legend until, some time earlier, he came into possession of a rough map showing the way there, written in blood by a man now long dead. Sir Henry begs Quatermain to go with them to seek for the mines, in the hopes of finding his brother there; and, in return for a promise of a share in any treasure they find, Quatermain agrees. While Quatermain gets together supplies and a team of bearers for the journey, he is approached by Umbopa, a native who doesn’t look or act like the usual bearer but is very keen to join the expedition. And so they set off to cross the burning desert to seek their fortune in the mountains beyond…

This is a great adventure story – the greatest I’ve ever read and truly deserving of the term ‘classic’. The story is told by Allan Quatermain in the first person. He sees Sir Henry as the hero of the story, but the reader knows that Quatermain himself is the true hero. The grizzled old hunter, with his knowledge of the ways of the natives, with his hunting skills and, above all, with the bravery which he hides beneath a cloak of modesty, is the heart of the book. But Sir Henry is a fine character too, tall, strong, handsome, intelligent – everything an Englishman of the Empire should be. Captain Good is a brave and loyal friend, but with eccentricities aplenty, allowing Rider Haggard to introduce some humour (and the tiniest touch of romance) into the story. And the mysterious Umbopa – aah! He represents all of that part of Africa we don’t understand – again courageous and with a strength that becomes vital as the adventurers struggle to survive, but a man who can be frightening and whose loyalty must be earned, not bought – a man with a secret that is only slowly revealed. 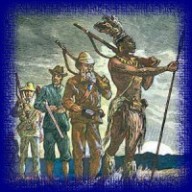 The tortured journey across the desert where the only hope for survival rests on finding the waterhole marked on the ancient map; the journey over the mountains where cold and hunger take the travellers to the edge of endurance; the Kingdom of the Kukuanas, ruled over by the cruel King Twala and about to be plunged into a civil war where all must take a side – the pace never lets up as our heroes face danger after thrilling danger from both nature and man. And from woman too – I defy anyone who has read this book to forget the ancient, evil, cackling ‘wise woman’, Gagool of the Kukuanas – the stuff of nightmares and midnight terrors. Or to forget the horrors of the caves…

Written in 1885, King Solomon’s Mines was the first English adventure story to be set in Africa, at a time when much of the continent was still ‘undiscovered’. A small word of warning that obviously some attitudes to race in the book are reflective of the time – however, on the whole, Rider Haggard is respectful and even admiring of the ‘natives’ and their cultures. I first read this (many times) as a child and teenager and, on re-reading recently, enjoyed it just as much as an adult. If you’ve never read it, what a treat you have in store…I envy you! 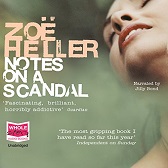